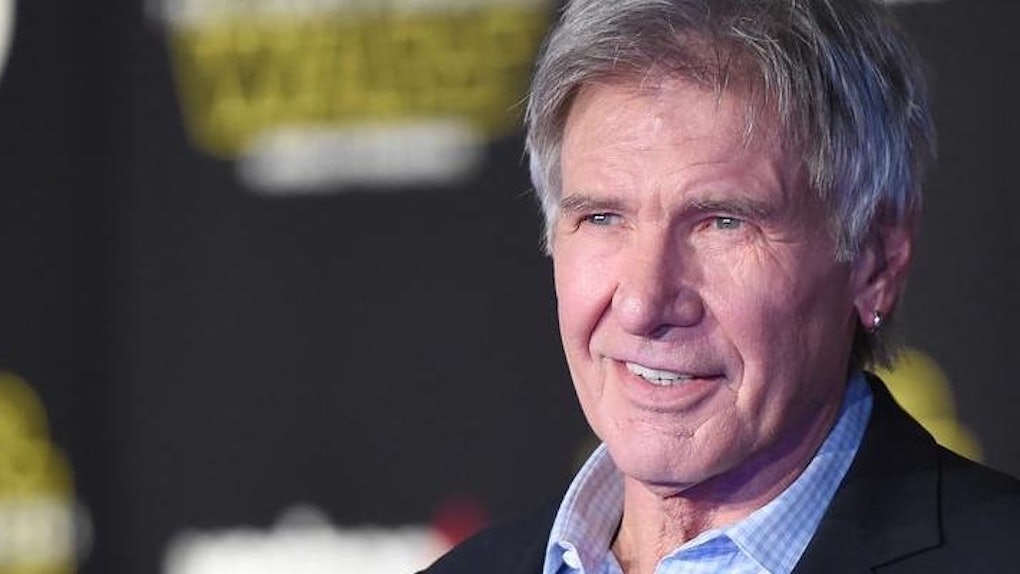 Even if you aren't a huge "Star Wars" fan, you definitely know about the beautiful gift that is Han Solo.

Some know him as a hero, a captain, a leader of the Rebel Alliance.

Others know him as sex on legs, to put it simply.

The actor who plays Han Solo, Harrison Ford, is God's gift to humanity in so many ways. I mean, just look at that smile, those eyes, that thick head of hair. God is real, folks, and he loves us. Dearly.

There's a new photo of Harrison Ford going viral, and it's even sexier than Han Solo ever was. Trust me, that's saying something.

Before Harrison Ford was an actor, he apparently worked as a carpenter. Yeah, the kid was great with wood. He really knew what he was doing.

Last week, a photo was shared of Ford with his woodworking buddies in 1970. They had just finished building a recording studio for musician Sérgio Mendes.

You may want to sit down for this. It's really a lot. Like, you're about to see Harrison Ford's nipples.

"The Force Awakens"! Before Han Solo, there was a great carpenter named Harrison Ford. And here he is, with his crew, ... Posted by Sergio Mendes on Wednesday, December 23, 2015

'The Force Awakens'! Before Han Solo, there was a great carpenter named Harrison Ford. And here he is, with his crew, the day he finished building my recording studio back in 1970… Thank you Harrison… may the force be with you…

ALSO, CAN WE TALK ABOUT HIS ADORABLE LITTLE HAT? AND HIS BEARD?

And um, you know, everything else.

Yeah, there's just way too much sexiness in one photo.