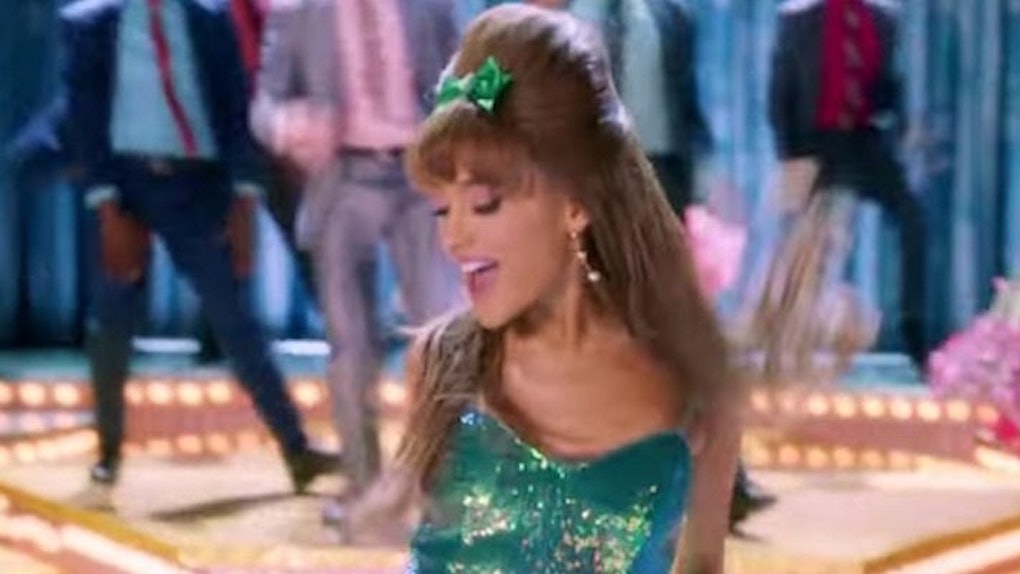 The First Trailer For 'Hairspray Live!' Is Here

OK, 2016 may be the worst year in the history of years, but at least it brought "Hairspray" back into our lives.

It's still a little weird to see Ariana without her signature high ponytail, but she's pulling off the '60s babe look just fine in a sleek, sparkly green dress and matching bow.

This is not Ariana's first experience with musical theater — the singer actually got her start in the short-lived 2008 Broadway musical "13," when she was 14 years old.

We also get to see Maddie Baillio in her first professional role as Tracy Turnblad, alongside her parents: Tony Award-winning Harvey Fierstein as Edna Turnblad and Martin Short as Wilbur Turnblad.

We get a quick look of Tracy watching “The Corny Collins Show” with her parents (featuring Derek Hough of "Dancing with the Stars" fame as Corny Collins).

Oh my God, it's a dream of a lifetime! I have to audition!

There are plenty of other big names in this cast, including Kristin Chenoweth as Velma Von Tussle, Sean Hayes as Mr. Pinky, Rosie O'Donnell as the gym teacher and queen Jennifer Hudson herself as Motormouth Maybelle.

There's a lot to look forward to, including Jennifer Hudson and Ariana Grande slaying a duet for the show's finale, "Come So Far (Got So Far To Go)."

Some of the lyrics read,

I think Jennifer Hudson singing those lyrics is exactly what the country needs right now, don't you?

"Hairspray Live!" will be filmed at the Universal Studios lots in Los Angeles, CA and broadcast live on NBC on December 7.  Broadway stars Kristin Chenoweth and Sean Hayes will host a pre-show a half hour before the show goes live.