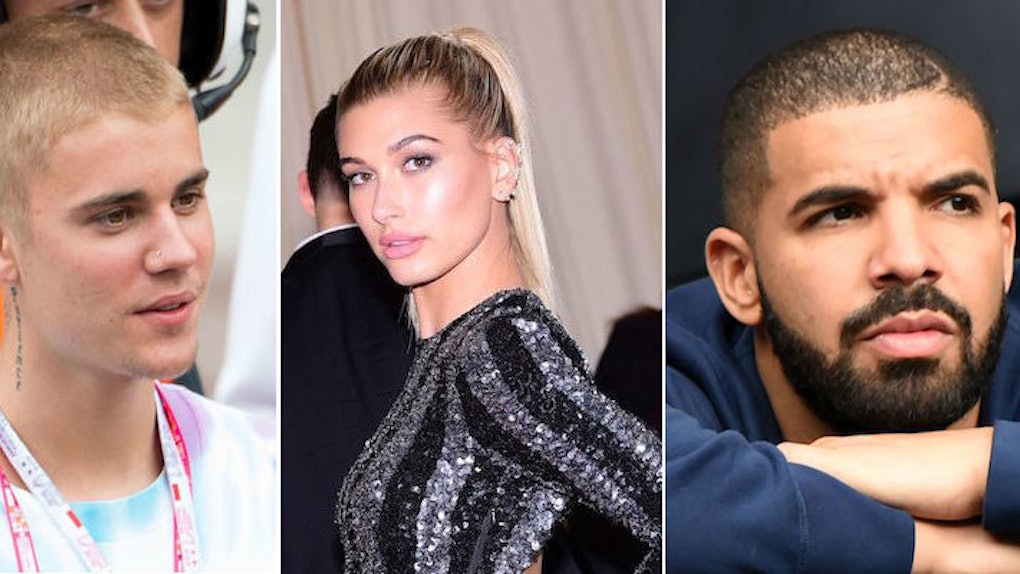 Apparently, Hailey Baldwin is dating Drake now, which crushed all my Drake/Rihanna hopes and dreams.

Plus, it seems like just yesterday Hailey Baldwin was dating Justin Bieber. OK, that was like six months ago, but time flies when you're trying to keep track of the lives of celebrities.

But did you guys know only a week before all this Hailey-and-Drake stuff came out, Hailey actually picked Justin over Drake?

In an episode of the Vogue series "In the Bag," Hailey was asked one simple question:

DUN, DUN, DUNNNNN! Maybe Vogue knew something we didn't at the time this was filmed. But either way, Hailey answered the question pretty readily. Skip ahead to 2:51 to hear for yourself.

Don't make me choose like that! Obviously, I pick Bieber. But like, don't tell Drake I said that.

See, when this video came out, I was too preoccupied with Hailey's bag to even notice this moment, but it seems kinda significant now.

But seriously, someone tell Drake so we can get him back to Rihanna ASAP.

Citations: WATCH: Inside The Bag With Hailey Baldwin (Vogue)