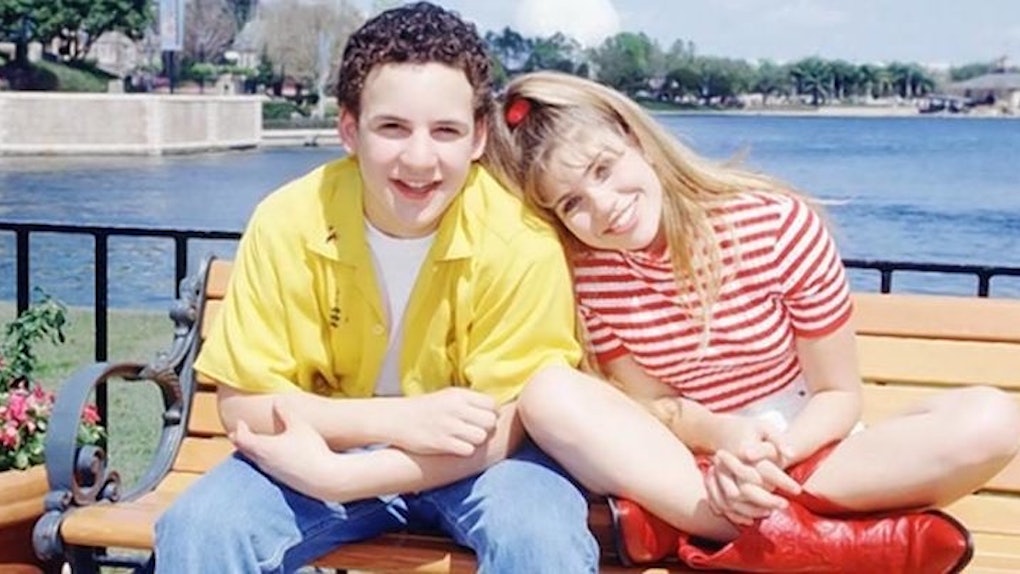 6 Guys From The ‘90s Who Set Our OG #RelationshipGoals

Guys, I'm going to be real with you: I want the kind of love that deserves a '90s soundtrack.  And '90s guys don't make it hard to fall in love. They're just so damn perfect.

Here are six of our first true loves, and why they've set the standard for my relationship goals:

It may seem surprising to have Arnold on the list because Helga and Arnold danced around each other for ages, and, well, they're fourth graders.

But think about it: Arnold was always kind, mellow, thoughtful and warm toward others.

We all knew that when he grew up, he'd make someone very happy.

I know a lot of us felt like Helga at one point or another.

We weren't perfect, popular, the most beautiful or very nice, but we were just as sensitive as anyone else.

I totally feel for Helga, and I cherish their young love.

"Hey Arnold!" made me want something real, something that takes time.

Through Helga loving Arnold, we learn to love someone because of the good things he or she does.

That type of person is always there for you when the going gets rough.

While I love the idea that "Sailor Moon" actually had a lot of same-sex relationships (Sailor Uranus and Sailor Neptune), it's unfortunate that the American version I grew up with omitted this.

When I was young, I swooned over Sailor Moon's boy toy, Tuxedo Mask.

Dark, mysterious and always by his Queen Serenity's side, he vowed to give up his life for her (in a tuxedo and a mask).

What more could a girl wish for?

Admittedly, Patrick is also on here because I love Heath Ledger.

But number three on this list goes to Patrick from the '90s version of Shakespeare's classic play, "The Taming of the Shrew," because Patrick is the bad boy with the heart of gold we all pine for.

This movie is just so good.

Just like in the play, Patrick (the play's Petruchio) is paid to take feminist, tough, bitchy Kat off the dating market so a young Cameron (Joseph Gordon Levitt) can date her younger sister, Bianca.

But our dear Patrick ends up falling head over heals in love with Kat, and he tries to get her to go out with him by singing to her over the intercom in front of everybody.

4. Angel From "Buffy The Vampire Slayer"

She kicks ass and looks good doing it.

While she knows she doesn't need a man, when she decided she was ready for a relationship, she knew she wanted something real.

Angel wasn't always right for Buffy, and he spent a great deal of time loving her from afar.

He had some sh*t to work through.

Yet, throughout their dramatic relationship, Angel was always a passionate protector and a true lover, despite all the times they hurt each other.

Angel was the love that kept coming back.

While nowadays I'd question the premise of a popular guy's bet to turn the least attractive and most unpopular girl into the prom queen, I can't help but fall for Zack when he drops those pretenses and sees Laney for the beautiful girl she is.

It fulfills that fantasy of having the most popular boy in school fall in love with you.

But more than that, Zack goes through a transformation, too.

Laney transforms him and makes him a better person more in touch with who he really is.  A love like that deserves the best '90s soundtrack of them all.

Cory and Topanga's relationship survived it all.

They were always there for each other through everything.

They taught us how to say sorry when we're wrong and how to put another's needs before our own.

The special thing about Cory is his desire to work at his relationship with Topanga.

Whenever they fought, Cory was the one to come back, to wait and to say he wanted to work through their problems.

Now more than ever, we need that kind of love in the world.