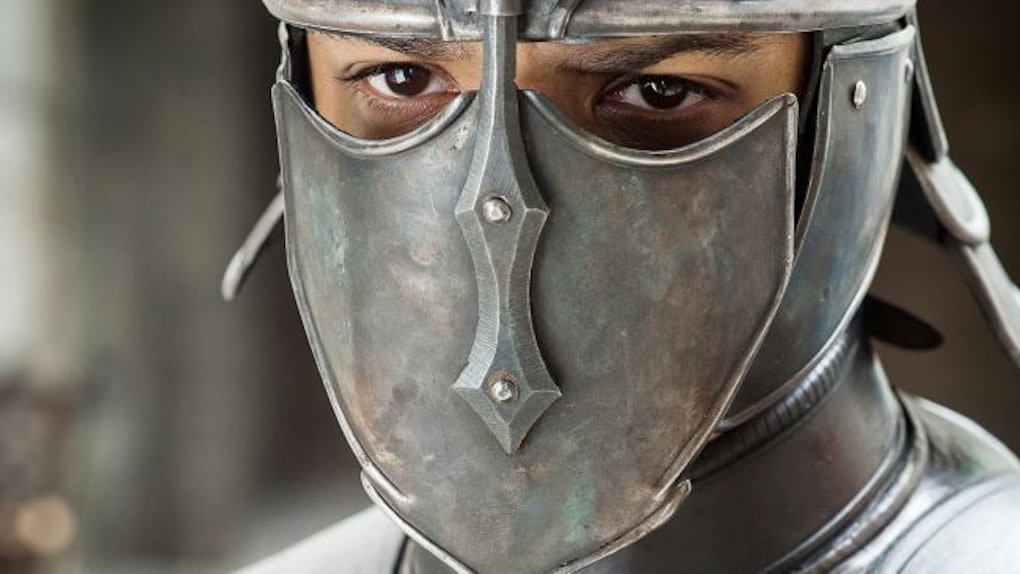 Could Grey Worm Die Next On 'Game of Thrones'?

This week's massive twist on Game of Thrones was a doozy. After trailer upon trailer had hyped a meeting of Lannister forces to clash with Unsullied and Dothraki, we saw the two armies turn up nowhere near each other on Westeros. While Tyrion sent Dany's forces to the most eastern part of the Westerlands to take the Lannister homestead of Casterly Rock, Jaime's forces were far to the south in Highgarden. With their ships burning, the Unsullied are trapped on the mainland. What does that mean for Grey Worm on Game of Thrones?

Audiences are very attached to Dany's leader of her army, and his romance with Missandei is viewed as one of the few pure love stories on the show. Them consummating it before he left drew those who are looking for a couple they can ship easily into their fandom.

But this is Game of Thrones you guys. And we all know what happens to characters when we come to care about them and their fates way too much. From Ned Stark to Robb Stark to Jon Snow to Margaery Tyrell, caring about someone on this show only means one thing: they'll be dead in a minute.

And that's what fans are very worried about. With the Unsullied effectively trapped all the way on the other side of Westeros, far from Dragonstone, with few supplies, a castle that's been emptied of stores, and no ships to get them home, the fates of Dany's loyal servants are endangered.

And not only that, but Grey Worm, as their leader, now has to make a choice. Does he sit in Casterly Rock and wait? Does he take his troops and march them across open fields of enemy territory and hope that they don't get ambushed? Does he find someone who can write, a raven, send back a message, and hope Dany comes for them?

How does Dany get them all home, anyway, other than lead the march across enemy territory on dragonback?

There aren't a lot of good answers here, and plenty of ways for Grey Worm to make mistakes. Will he be the next to go? We'll find out next week.