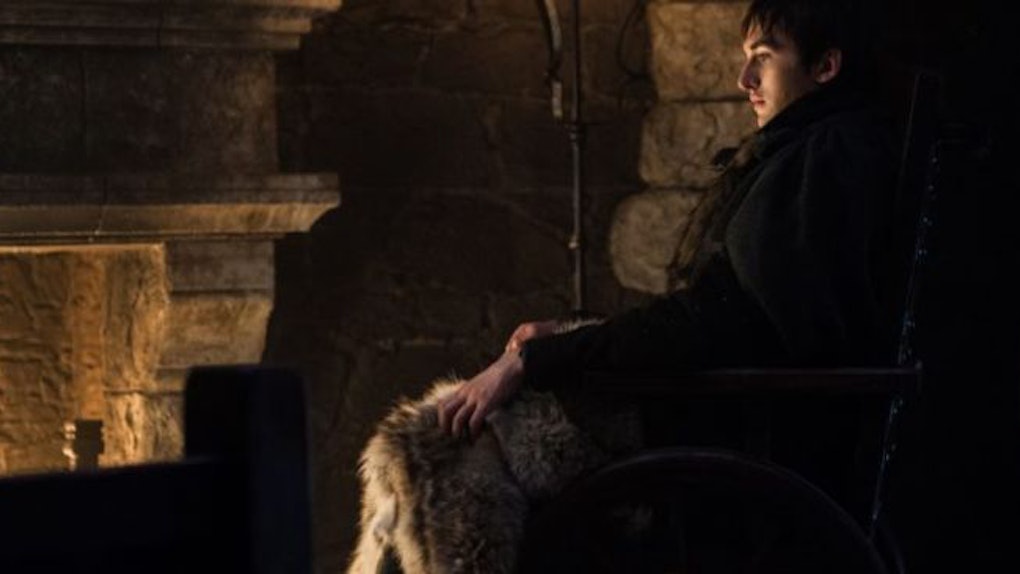 This post contains spoilers from the Game Of Thrones Season 7 finale. It's been a couple of weeks since we saw Samwell Tarly roll out of Oldtown, muttering grimly about being tired of reading about the deeds of better men. The rest of us, meanwhile, were screaming because Gilly had just been reading the biggest A Song of Ice and Fire book spoilers to date, and it seemed Sam hadn't been listening. But it turns out he was, as this week he and Bran put their heads together and Bran learns Jon's real name.

When Sam and Gilly left, we weren't sure where they were headed. The fear was that he would go to the Wall, expecting Jon Snow to still be Lord Commander. But thankfully someone told him what was up: Jon Snow came down from Castle Black and is now King in the North. (We're hoping it was Hotpie.) Sam, whose loyalty was always to Jon more than the Night's Watch, then did the practical thing and went to Winterfell, not realizing Jon wouldn't be home.

This makes two people who went to Winterfell to see Jon Snow and he's not there: Bran and Sam. It's not surprising that they find each other and start commiserating. Well, Sam's commiserating. Bran's telling Sam he's the Three-Eyed Raven in a style that's becoming just a little bit like Danny Rand telling people he's the Immortal Iron Fist.

The good news: Bran has looked into the future, and Jon and Daenerys are actually heading to Winterfell.

The better news: Sam might not have acted like it at the time, but he did actually listen to Gilly. As Bran starts rattling off that Jon Snow's parents are really Rhaegar Targaryen and his aunt, Lyanna Stark, Sam's jaw drops. He transcribed that scroll: "Raggar" was Rhaegar, and Septon Maynard had annulled that marriage to Elia Martell, so he could remarry.

It's one of those moments where each has the other puzzle piece: Bran knew Lyanna and Rhaegar had a child, but not that they had been married. Sam knew Rhaegar's marriage had been annulled and a new wife taken, but not that it was Lyanna Stark.

Bran immediately goes into a trance to confirm Sam's story, and he does. Flashback to the Tower of Joy, and Lyanna: "His name is Aegon Targaryen. You have to protect him. Promise me, Ned."

Hey, you know, Aegon isn't that far off from being turned into Jon as a nickname. This could work. Just as soon as Jon Snow finds out when he and Daenerys get to Winterfell in Season 8.