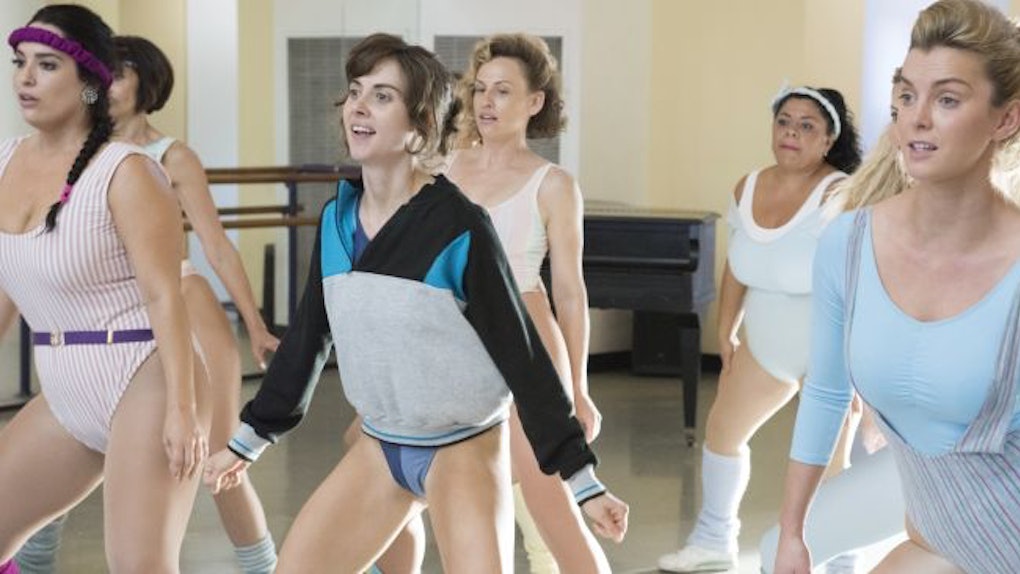 Netflix's latest offering takes us back to the 1980s with GLOW, a fictionalized drama of the making of the show of the same name in 1985.

The show is a cavalcade of 1980s cliches, from the clothing (and the shoes) to the hair to the cars to the drugs to the golden age of wrestling on television -- but nowhere are the 1980s more prevalent than the soundtrack.

From the opening credit sequence featuring Patty Smith's solo hit "The Warrior" to the strains of David Bowie and Queen, the show fills the episodes with the music of the time period.

Some of the songs are highly recognizable or will be familiar from other movies. But some are total relics of the age. For those who were too young to listen to the radio in the 1980s, or weren't born yet, even the more recognizable songs might not be as familiar; some don't come up when you try Googling the title (Thanks, Shazam!).

So, if you're wondering what the song was during the fight scene of Episode 1, or what that weird song was that played as Ruth walked into the very 1980s party in Episode 3, wonder not. We've got the full list below.

Closing Credits: "We Don't Get Along" The Go-Gos

Opening: "Life in a Northern Town" The Dream Academy

"Head Over Heels" Tears for Fears

GLOW is streaming now on Netflix.