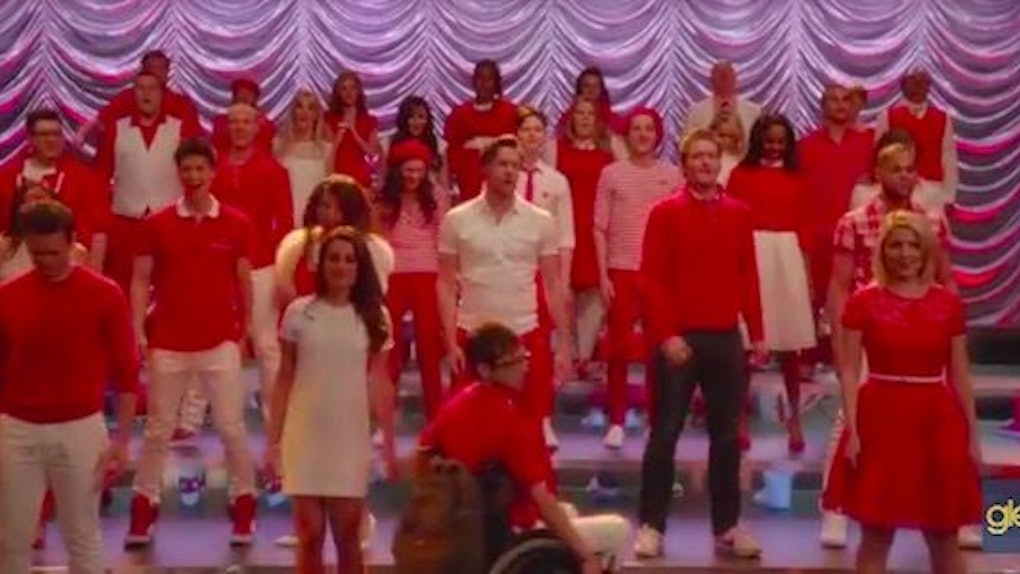 The special two-hour episode was split into two parts: The first hour was a recreation of the pilot episode while the second hour was set five years in the future.

While the storyline made for a pretty perfect ending (McKinley becomes a performing arts school), what made the “Glee” finale so special was the tribute to Finn, the character played by the late Cory Monteith, who died in 2013.

Instead of writing Finn out of the finale, or simply including a mention of him, the producers decided to use old footage of previous episodes to bring him back for the last time, knowing it wouldn't be a true “Glee” finale without Finn.

The second half honored Finn in spirit. McKinley's auditorium got renamed after him, and the group performed a touching rendition of "I Lived" in his memory.

It's a real tearjerker of an episode, but it was an extremely fitting ending for “Glee."

Citations: Glee Ended With A Beautiful Tribute To Finn And It Was Perfect (BuzzFeed)