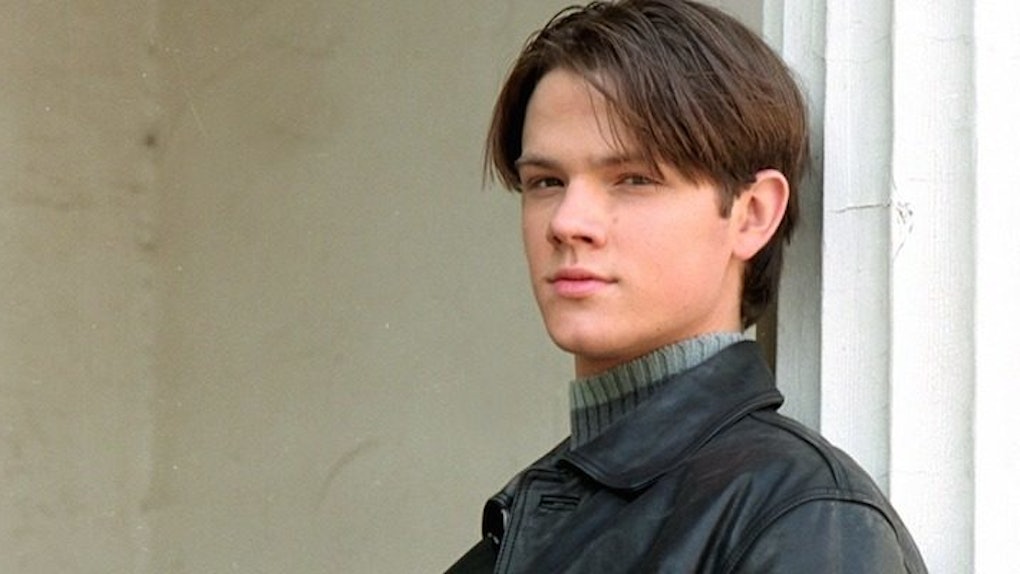 Bottom line is this show was and always will be one of my all-time favorites. I watched it live on TV every single week before there was any sort of Netflix to watch it on and patiently waited through all of the commercial breaks before there was any TiVo to record it with. And now there is a Netflix to watch it on without any commercial breaks at all, and believe you me, I have TAKEN full advantage. I've probably watched the entire show all the way through at least seven times. I love it. Like a heated blanket in the winter or a giant hug from my mom after I haven't seen her in a while, “Gilmore Girls” just has a way of making me feel GOOD.

So, yeah, I love that show. And I know I'm not the only one. There are plenty of people out there just like me who grew up with the show and all of its characters. We were along for the ride with Rory (yes, this post only covers the men in Rory's life) all the way from Dean to Logan. Our hearts broke and then they fell in love again and they broke again and so on and so forth. But we all had our favorites.

Mine was Logan. My cousin's was Tristan. My college roommate was a sucker for Jess. And, honestly, if you really knew any of our romantic histories, it would make total sense. Our "Gilmore Guys" said everything about the sorts of guys we go for now. And I bet yours says a lot about who you're into also. So read along and find out what your favorite of Rory's many loves says about your taste in men now.

Ah, Dean. Rory's first real LOVE. Dean is the image that comes up in your mind when you think of “nice guy.” He's a nice small town boy with nice small-town values (OK, except for the fact that he cheated on his WIFE with Rory — that was not "nice, small-town values," but let's look past that small factoid for the bigger picture here).

If you're into Dean, odds are you're a traditional girl. You have good, wholesome values. You spent your elementary school years hoping for a high school sweetheart, and when you finally got him you were totally comfortable with him being your one true love until the end of time.

Even if you didn't end up with your high school sweetheart, you aren't a big risk-taker when it comes to men. There are your friends who are obsessed with the chase, and you honestly just don't get it. You're a sucker for a real, bonafide nice guy. You want the safe bet -- the guy who knows how to make you feel 100% comfortable and supported.

With his signature leather jacket and his propensity for skipping class, Jess was the quintessential bad boy. He served as the perfect foil for Dean. While Dean was a sweet, small-town angel you'd love to bring home to Mom, Jess was more the guy you sneak out of your window late at night to make out with in an alleyway or something.

Even though they had their good moments, Jess and Rory didn't work out while they were dating because he had his own issues to resolve. He was too jealous and consumed by his own personal problems to be able to give Rory the sort of relationship she deserved. But he did really love her.

And that becomes clear way later when he comes back into her life when she's going through that weird funk living with Richard and Emily working for the D.A.R. And he's changed! He found himself and lived up to the potential Rory always saw in him.

If Jess was your original crush, you have that nurturing side to you. You have a soft spot for the underdog and you can see the best in even the worst people. You date bad boys, because you are able to see the one ounce of good in them and genuinely believe that you can help them work towards their potential.

I almost didn't include Tristan on this list for multiple reasons. First of all, a lot of his characteristics (hot, blond, rich, bad boy, player) appear later on in Logan. Second, he and Rory never actually really dated. But, upon further reflection on that second point, I realized, THAT'S JUST IT! The fact that Tristan and Rory never actually dated is exactly why Tristan absolutely has to be on this list.

Tristan is for all of us who f*cking love the chase. He was a master of the art of giving Rory just enough. For the most part, he was just mean to Rory. He made fun of literally everything and anything she ever did. He even made fun of her for being a virgin! Douche. But, you guys, he was only a mean douche to her BECAUSE HE LIKED HER. His bad-boy charm helped him find a way to make the mean insults flirty and cute. And gave her just enough flirty attention to keep her on the hook.

Wondering why you've never been in a serious relationship? Because you're into guys like this douchelord. I'm a pretty staunch Logan girl but I get the whole Tristan thing. As I said before, they're similar. He would 100% be my second choice. Unlike the person who loved Dean, the person who crushed on Tristan is turned off by safety. You don't want a nice, sweet guy who's 100% safe. No, you want the cool guy. The one who gives you a chase.

Logan was my original “Gilmore Girls” crush through and through. Seriously, guys, NOTHING broke my heart more than when Rory rejected his proposal on graduation. I mean, sure, it was too soon. But seeing them break up like that just absolutely wrecked me because I LOVE LOGAN.

Logan was a player and kind of a majorly spoiled douche. But there was something about his alpha nature that was hot. He had the whole world handed to him on a silver spoon and that made him breeze by life in a way that was just so effortlessly cool. He had a boyish charm and a fun-loving nature that forced even nerdy Rory to break out of her shell and live a little (or a little too much with the whole boat fiasco but let's not dwell here). And don't even get me STARTED on his grand gestures (following her around with her favorite coffee cart, inviting her to move in with him, getting a letter from her MOM, etc.).

Guys like Logan are the sorts of guys who make even the most sane girls go batsh*t crazy. On the show, Logan made even sane, smart driven RORY go a little kooky (bringing up the boat fiasco one last time). But the problem is, on the show, Logan changes. He gets his act together little by little. He doesn't “do” relationships? No biggy — Rory gives him an ultimatum and, BOOM, he's a relationship guy. He's too immature? Just give him some time!

Soon enough he'll put partying and boys' weekends behind him to really get serious about following in his dad's entrepreneurial footsteps. Unfortunately, that's not how it works for the real-life Logans of the world. They mean well. They WANT to give us what we deserve—hence the grand gestures and bold proclamations of love. But, unfortunately "just" wanting to give us what we deserve isn't enough in the end.

Now, answer me this: Were you more into Lorelai's boys (or shall I say men)? Holler at a player (me, I'm the player here, guys), and I'll write something up about what THAT says about your taste in men now.