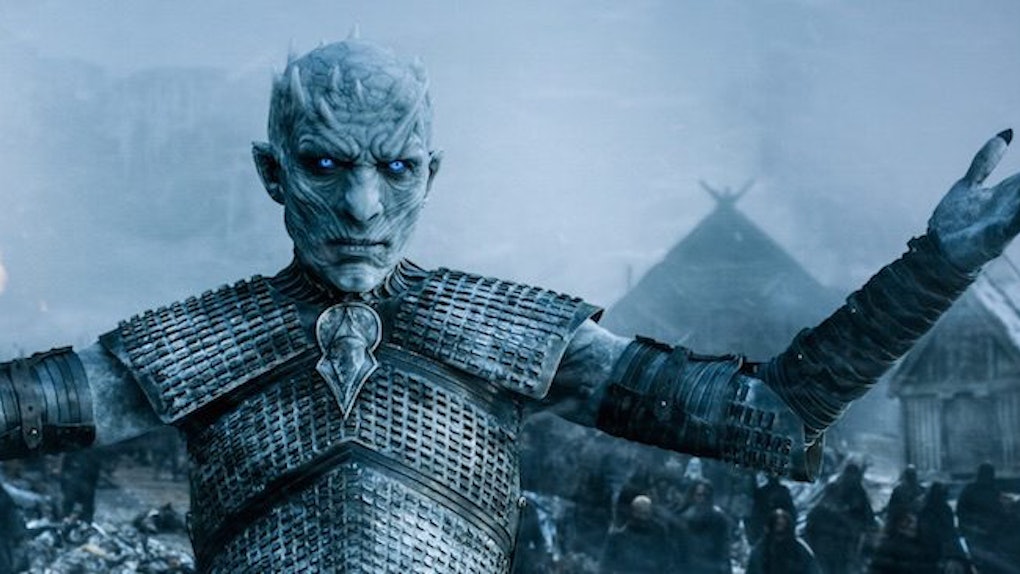 Is The Night King The Prince That Was Promised? This 'Game Of Thrones' Theory Is Wild

We all know Game of Thrones loves to give fans some of the most shocking twists in television, but one new fan theory about the show's main villain could turn out to be the craziest stunt the fantasy saga has ever pulled. As we head into the eighth and final season of Game of Thrones, speculation around the identity of the Prince That Was Promised — a mythical savior in the religion of the Lord of the Light who has been teased by the show for several seasons now — is growing exponentially. Now, fans are even guessing the heroic figure might be the one character nobody predicted: the Night King! So is the Night King the Prince That Was Promised? It sounds ridiculous, but the theory is kind of convincing.

Basically, the main thing the Prince That Was Promised is prophesied to accomplish is unify all of Westeros after centuries of conflict, and if you think about it, that's something the Night King can very easily do. Of course, it would involve everyone in the kingdom dying and being reborn as ice zombies... but hey, it's still technically unification! And wouldn't it be crazy to see our whole perspective flip in the final season with the Night King as the promised savior trying to bring unity to the Seven Kingdoms while the constantly warring, lying, and cheating ranks of humans attempt to fight him off.

Of course, this is just a fun little fan theory at this point. The show is clearly pointing more to either Jon Snow (whose real name we recently learned is actually Aegon Targaryen) or Daenerys Targaryen as the Prince (or Princess) That Was Promised, but we all know how fond Game of Thrones is of throwing curveballs. There's another really convincing theory that the Prince That Was Promised is actually Ser Davos Seaworth, the perennial right-hand man to Stannis Baratheon and now Jon Snow. We'll just have to wait until Season 8 for all the answers!