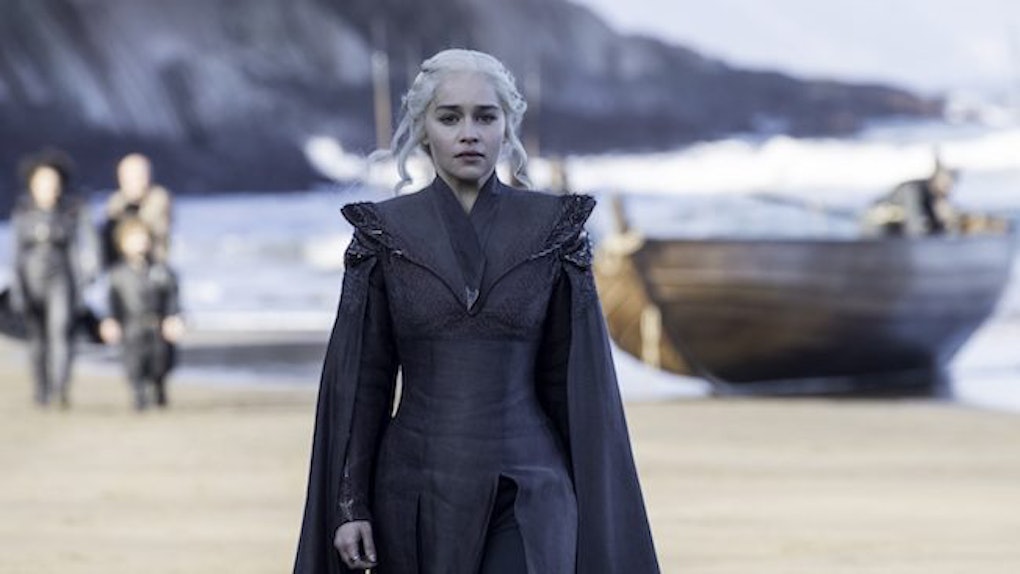 Macall B. Polay/courtesy of HBO

Why Did Jaime Attack Highgarden On 'Game Of Thrones'? Cersei's Power Is Growing

Spoiler alert: this post will discuss the final moments in Season 7 Episode 3 of Game of Thrones, "The Queen's Justice." Season 7 of Game of Thrones is finally giving the fans what they want; namely, white-haired dragon goddess Daenerys Targaryen waging her war on Westeros at long last. But things aren't going as smooth for Dany as we may have wanted in the third episode of the new season. A massive battle appears to have given one house the upper hand, as the Lannisters attacked Highgarden on Game of Thrones.

As Daenerys' army of Unsullied finally attacks and takes Casterly Rock, they are surprised to find the Lannister fortress much easier to conquer than they had planned. Following Tyrion's instructions to enter the stronghold through the sewers, the Unsullied make quick work of the Lannister soldiers, only to realize it's because there are barely any soldiers there.

In actuality, all the Lannister fighters were further south, waging a war on the Tyrells and securing their new stronghold in Highgarden. The move is a pretty big one for the Lannisters, who will now have control of the Reach, which is the most expansive and fertile plot of land in Westeros. The battle in Highgarden also saw the final tear in the Lannister's uneasy alliance with Olenna Tyrell.

After taking over her castle, Jaime Lannister forced Olenna to drink a cup of poisoned wine, assuring her it was the least painful of the options Cersei was gunning for. But of course, Olenna wasn't going to go down without delivering one last jab at the Lannisters. She chugs the poisoned wine with no hesitation, like the complete boss we all know she is, and before she dies, she lets Jaime know she was the one who killed his son Joffrey back in Season 4.

With the Tyrells out of the way, the Lannisters have control over pretty much the entire south of Westeros. This is certainly going to make things difficult for Daenerys...