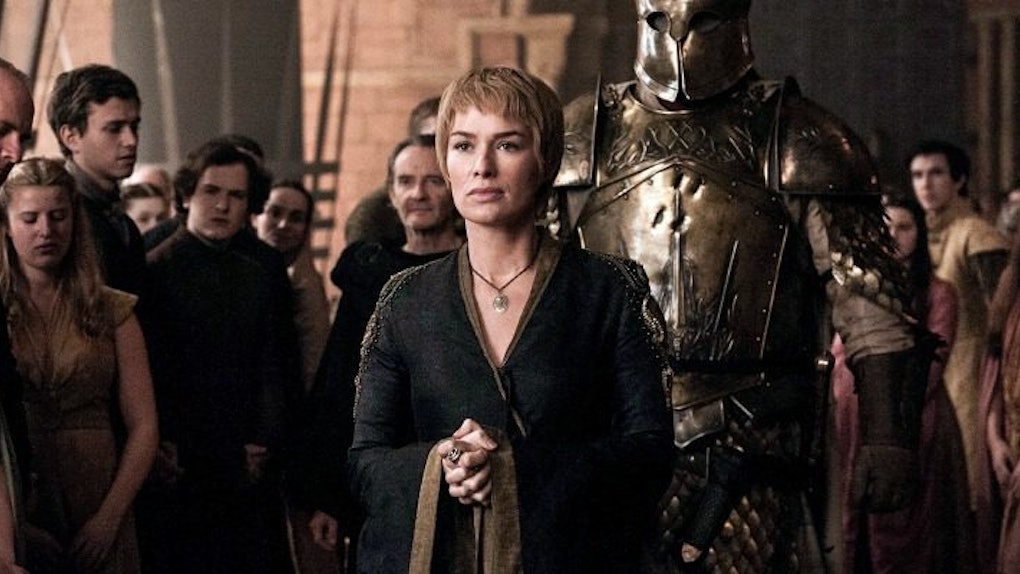 Here's What The Mountain Looks Like Now On 'Game Of Thrones'

You can make the argument Cersei Lannister wouldn't currently be sitting on the Iron Throne if it weren't for Qyburn and her loyal bodyguard, The Mountain.

When "Game of Thrones" began, The Mountain was more commonly known as Ser Gregor Clegane, famous for his brute strength and callous disregard for human life. The Mountain appeared to die in season four episode eight, "The Mountain and The Viper," when he was stabbed with a poisoned spear by Oberyn Martell.

Of course, we all remember the horrific scene in which The Mountain crushed Oberyn's skull like a balloon right before he took his final breath, though. I'll spare you a cringeworthy GIF.

Following his death, The Mountain was resurrected by Qyburn and became a member of the King's Guard.

However, until the season six finale of "Game of Thrones," when The Mountain came in to presumably torture and kill Septa Unella, we didn't know what this creature really looked like underneath his helmet.

Have to be honest, here; I wish we didn't.

If I were Septa Unella, strapped to that table, awaiting God knows what, I'd pray for a sudden heart attack.

So, who do you think will kill The Mountain this time around?

Citations: Game of Thrones Finally Revealed the Mountain's Mangled Face and You Need to See It (Pop Sugar)