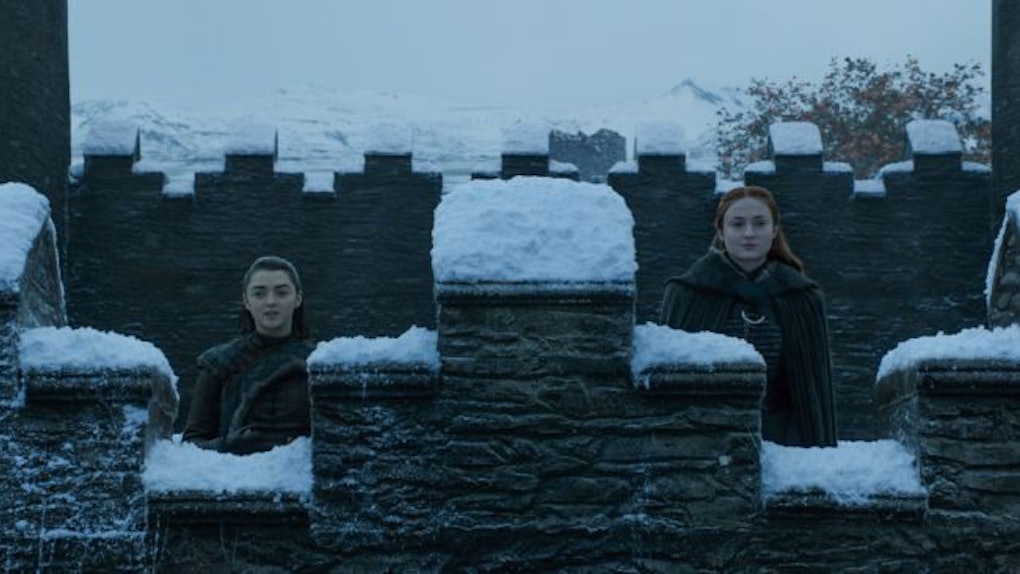 There's only six episodes left in all of Westeros. Six measly little episodes (or rather, supersized ones) and then the end of life in this century of Westerosi history will come to a close. But how will it end? With only so many players still alive, and so much permutation, we take a look at all the possible Game of Thrones Season 8 endgames, and decide which of them we'd like to see actually happen.

Certainly there are many endgames that are still theoretically possible. Brienne and Tormund could get together and have those monster babies. Dorne could ride in and conquer the entire continent while everyone's backs are turned facing North. Maybe Euron will sit on the Iron Throne and giggle before sailing off, never to return.

But while there are still many possibilities of what could happen, there are only a few possibilities left that we're really hoping to see happen. Some of them are less than practical. Some of them are far too romantic to live in this world. Many of them assume there will be blood and lots of it before this is all over. And some are just things we would totally do to end this tale if we had our druthers and the kind of money it takes to make a Game of Thrones episode.

Here now are five of our favorite possible endgames we'd like to see in Game of Thrones Season 8.

The romantic ending we'd all love to see, but know that Martin will deny us. Aegon Targaryen and Daenerys Targaryen, together in love, fly out together, beat the Night King with fire and blood. Both live to see the dawning of the new day after the Long Night ends, and the Night King is defeated. Daenerys magically gets pregnant because the sun rose in the west and set in the east somehow. More importantly, Rhaegal turns out to be a she-dragon and she and Drogon have a clutch of eggs. The Targaryen Dynasty starts again, this time, back and better than ever.

This will so never happen.

Sansa & Tyrion: The Next Generation

In a world where Daenerys and Jon Snow cannot live happily ever after, or even live to see the dawning of the new age, where is the hope for a Dream of Spring? With one or both left dead on the battlefield, we find love works in weird and wacky ways. Tyrion and Sansa decide a union of the two houses that have been alive since the first Long Night should come together, and it's their child who will be born into this world to bring hope for a new generation.

This will also so never happen.

The Lady In Winterfell & The Executioner

In this scenario, men don't live. Neither does Dany. Instead the Seven Kingdoms break up into fiefdoms, and in the North, that leaves Sansa as Queen. With Bran by her right side to give her wisdom, she's known as the wisest ruler in the land. But don't ever cross her, because on the left side of her stands Arya, the most terrifying assassin in all of Westeros.

No really, HBO. Forget Confederate. Make this instead. I'll watch every single last week, especially if you send Brienne down to rule over the Riverlands, Yara to run the Iron Islands and Lyanna Mormont to rule the Vale, so they can make guest star appearances.

This comes from Tyrion's ill-fated conversation with Dany in Season 7 episode 6, where he tries to clumsily get her to consider that her lack of offspring capabilities means she needs to come up with some other form of succession. Tyrion's suggestions are to look to the Iron Island Kingsmoots, or the Elections of the Lord Commanders in the Night's Watch.

Both of these are nascent forms of the rule of civilized lands across our modern world: democracy. Do we think Daenerys Targaryen will go full Thomas Jefferson and "hold these truths to be self evident that all humans and dragons are crated equal?"

Ok, maybe not quite. But an ending where Westeros finally does smash the wheel of monarchy and replace it with a voted on rule of law where the "smallfolk" can govern themselves is a beautiful idea.

Or you know, screw it. Westeros is a lost cause, the last of humanity has to run while they can, and a plot is hatched to burn the entire continent from Dorne to the Wall. It's the napalm solution, and then our few survivors, let's say Varys, Davos, Arya, and Sam, all ride off on a boat into the sunset.