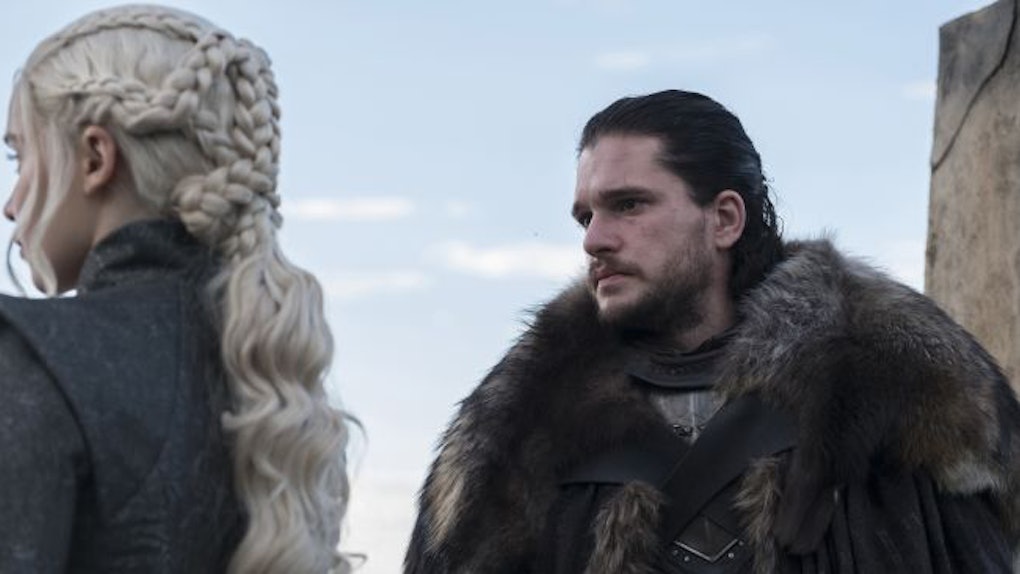 At the end of every episode of Game of Thrones comes the “next time” trailer. But what glimpses do we have for next week's episode? Sunday's cliffhanger of Jaime Lannister floating face down in the water does not inspire confidence of his survival. Meanwhile, Dany has finally won her first decisive victory. The score is technically Lannister 2, Targaryen 1. Let's see what we can glean from the Game of Thrones Season 7, Episode 5 teaser.

As a reminder, we don't actually have an official synopsis for next week's episode. Heck, we don't even have a the title this week, since no one has accidentally posted it anywhere. It is rumored to be "Blood of the Dragon," but several in-the-know sites, including Watchers on the Wall, insist that's bupkis.

All we have are a few images strung together in a YouTube video to give us any idea of what happens next.

Dany's Attempting To Be Reasonable

Bend the knee and join her. Seems reasonable... unless you're Jon Snow.

"You Need To Find A Way To Make Her Listen"

Is Varys talking about Dany? Or does he mean Cersei?

Jon Vs. The Dragon

I don't know about y'all, but if I spoke dragon, I would assume this one is yelling "You guys!! It's another Targaryen! We have another rider! OMG so exciting! Guys? Guys?! Where are you GOING?!"

Of course she is. When is Cersei *not* in total denial? I ask you.

And Sansa put it in a raven and sent it all the way to Dragonstone? Without any sort of cryptography or any kind of protection? Don't you know what you send in a raven might as well be written on the back of a postcard? (Or so I've heard.)

Does that mean we're heading to Eastwatch? Cersei is going to be so confused if Dany does that...