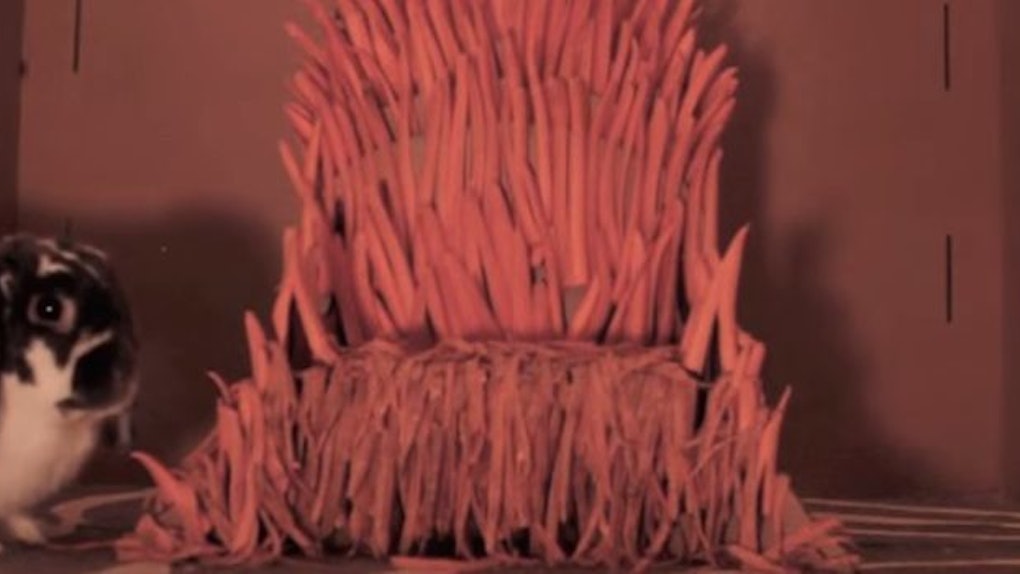 The premiere of the fifth season of "Game of Thrones" is just around the corner.

The series will return to HBO on April 12. And there is one little bunny rabbit who may be more excited than anyone for "GoT" to be back on television.

The rabbit's name is Wallace, and his owner built him his own special Iron Throne to mark the impending occasion.

The throne was made of cardboard and carrots, and Wallace seemed to approve.

Though, Wallace didn't actually sit upon the throne. He just ate the carrots. I guess he's just not fit to rule the Seven Kingdoms.

Citations: Wallace The Rabbit Gets The Royal Treatment With An Iron Throne Fit For A King (Pixable)