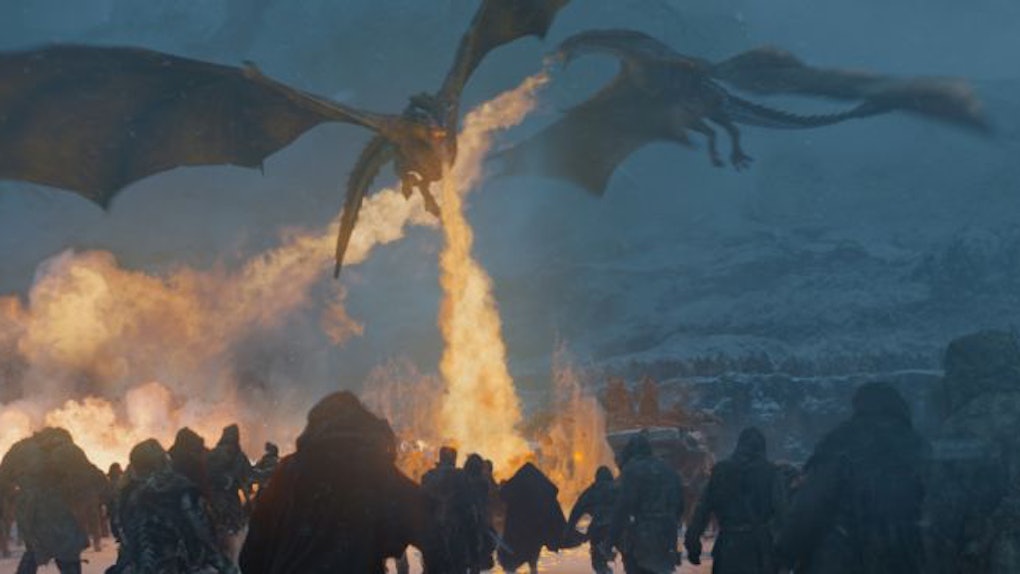 Listen, obviously we all knew something bad was going to go down when poor, dead Viserion got turned into an ice dragon. Obviously that wasn't going to be good news for the humans. But I didn't know the entire wall was going to literally crumble and a thousand White Walkers were going to come flooding in! What about Tormund, our nice ginger bearded friend? Is he dead now? He never even got to be with Brienne! Who's going to tell her he's gone? This is terrible!

Game of Thrones writers, is this seriously how you decided to leave your fans hanging for god knows how long?! How dare you end Season 7 this way without even given us a premiere date for Season 8! Just look at Twitter — fans are already going insane.

Again, there is no official premiere date for the final season of Game of Thrones yet, but fans are worried they may have to wait until as late as 2019. This is thanks to a hint dropped by actor Nikolaj Coster-Waldau, AKA Jaime Lannister, who let slip that filming won't start until October. As filming generally takes about six months for Game of Thrones, the absolute earliest we could see Season 8 would be next September, and it's likely it may even be pushed back to early 2019.

Cool, cool, cool. It's not like they just ended Season 7 on the BIGGEST CLIFFHANGER OF ALL TIME or anything. It's totally chill!