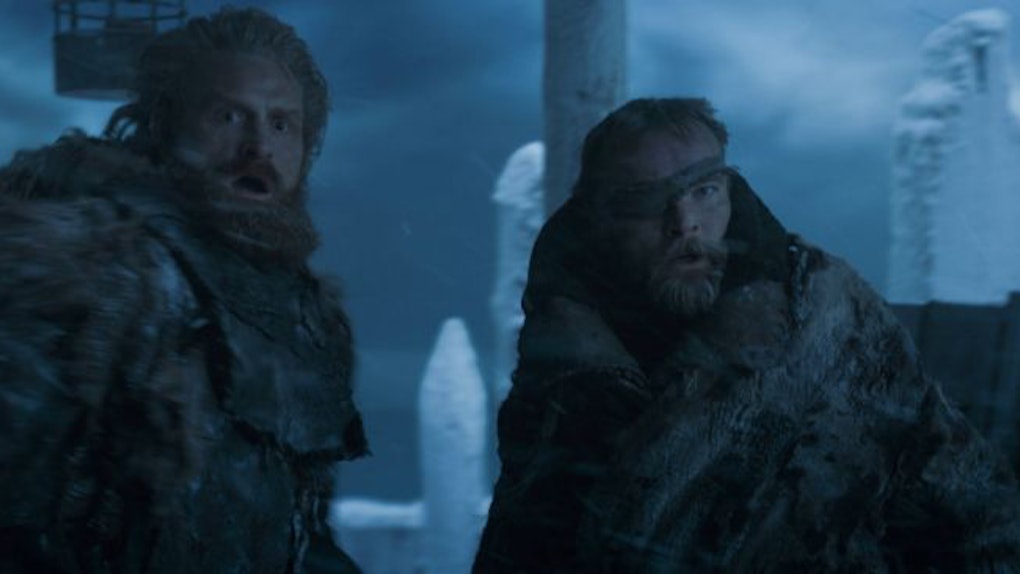 Game of Thrones Season 7 arrived with a thunderclap in mid-July, smashing ratings records the show itself had set only a year ago with the finale for Season 6. Season 6's finale ratings were in the 8.9 million viewer range. The Season 7 premiere was in the 10.1 million viewer range. Now the show has ended the season as it began, re-smashing records for an all-time record high (after breaking the premiere record twice in the middle of the season with episodes 4 and 5 respectively.) The Game of Thrones Season 7 finale ratings brought in no less than 12.1 million viewers.

For those who want a bit of a breakdown, this number, 12.1 million viewers, are the ones who watched on "the linear channel." That's television speak for viewers who don't steam the show on HBO Now or Go, but watch it on traditional pay cable via the main HBO channel, at the appointed airing time of 9 p.m. on Sunday. As you do.

So while 12.1 million viewers is impressive, and smashes the previous record of 10.4 million viewers, held by Game of Thrones Season 7 episode 5, it's only the tip of the iceberg. When we add in the streamers, the HBO 2-ers, the DVR-ers, and those who mysteriously thought it a good idea to watch the VMAs before watching Game of Thrones, that number climbs to 16.5 million.

That's extra impressive because this was the first of what we expect to be a slate of "supersized" Game of Thrones episodes, clocking in at just under 80 minutes. Next season, the final six episodes are all expected to run at least that length, if not a full 90- minutes or more. If HBO was worried fans would fall away at the longer lengths, they clearly have little to be concerned about.

It should be noted that this episode did not leak ahead. Considering that of the seven episodes, 2 of them were leaked via foreign affiliates -- one deliberately, and one on accident -- this felt like an achievement on HBO's part. Hurrah for zero operator error. Now they only have to do it six more times.

HBO also noted that the rising ratings tide lifted all boats and that both Insecure and Ballers hit series highs as well. (Those were in the 2-3 million viewer range, to give readers a sense of scale against the GoT records.)

While Game of Thrones is now over for the year, HBO is hoping to keep the party going with a post-series show called "Game Revealed." These video shorts (15 minutes or so) are behind the scenes breakdowns of each episode, the kind of thing that turns up on DVD extras. They will streaming only, and will be released every Monday for the next six weeks.

The first one is up on YouTube for everyone to enjoy and help us ween off the show. That is, at least until filming starts in October of 2017.