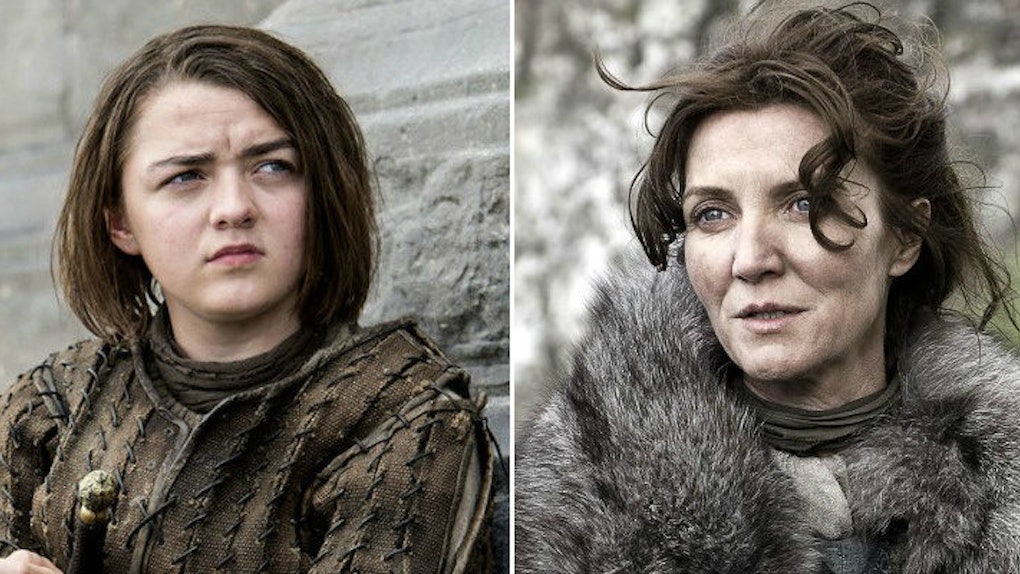 It's Thursday, which means we've already got both eyes firmly fixed on the next episode of season six of "Game of Thrones."

And while there are still a few days until episode seven premieres on Sunday night, we've got a pretty insane theory you need to read before turning on HBO at the end of the weekend.

According to this latest "Game of Thrones" theory, we are almost certain to see the emergence of a character who has been whispered about increasingly across the corners of the internet: Lady Stoneheart.

Apparently, Catelyn Stark comes back to "Game of Thrones" as Lady Stoneheart in order to exact revenge for the travesties that occurred at the horrific Red Wedding -- I know, I still have nightmares, too.

However, there's a bit of a catch. This rather wild theory holds Arya Stark, fresh off her presumed exit from Braavos, will use her training under Jaqen H'ghar and the Faceless Men to transform herself into Lady Stoneheart and kill the members of House Frey.

We already know the actresses who portray Arya and Sansa Stark, Maisie Williams and Sophie Turner, respectively, revealed some major season six spoilers before "Game of Thrones" came back in April, and now it appears those spoilers are coming to fruition.

Arya goes to Westeros, back over the sea. Arya is in the trailer more times than people realize because they don't realize it's her. Arya doesn't cross any more names off her list.

For her two truths and one lie, Sansa (Sophie Turner) reportedly said,

So, now we see this theory makes perfect sense based on the claims Lady Stoneheart will return and Arya will be seen more times than people realize.

Would there be a more satisfying way to kill Walder Frey and his people than having Arya Stark do it as Lady Stoneheart/Catelyn Stark? I think not.

Also, do you think it's a coincidence we haven't seen Edmure Tully and Walder Frey until the sixth episode of season six?

Revenge is coming, my friends.

Citations: This Theory May Prove Lady Stoneheart Is Coming To 'Game Of Thrones' (Huffington Post)