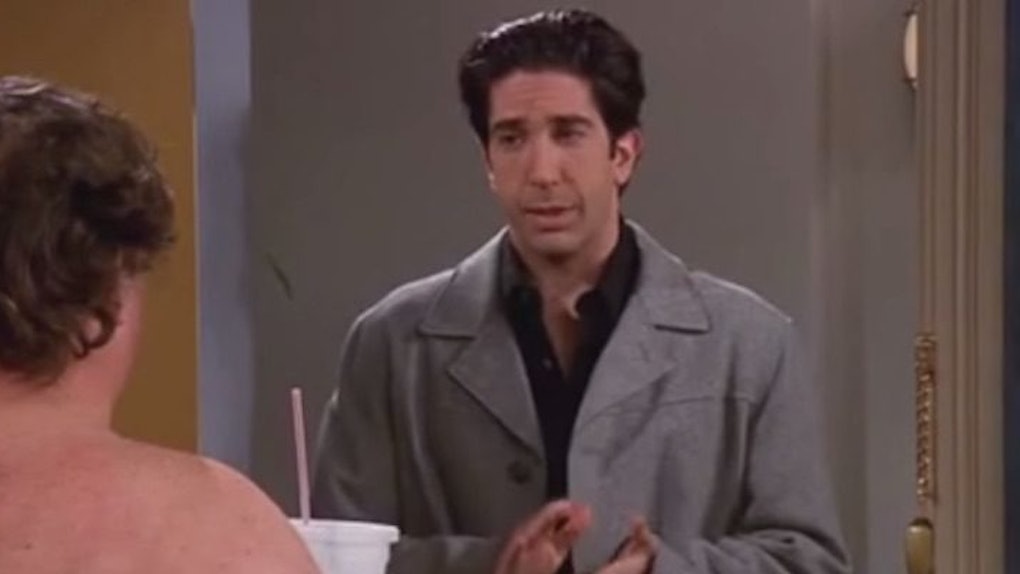 Ugly Naked Guy was to “Friends” what Wilson was to “Home Improvement.” He was mentioned often and, in the moments when he did appear, his entire likeness was never revealed.

For so many years, the character (and the actor) was an Ugly Naked mystery.

Now, everyone's favorite “Friends” neighbor (OK, OK, TIED with Mr. Heckles and occasionally Paolo) has been dragged into the light and, to everyone's surprise, he's fully clothed and far from ugly.

IMDb, Wikipedia and the “Friends” Wikia all once falsely listed Mike Hagerty as the actor who played UNG, when Hagerty actually portrayed the building's superintendent, Mr. Treeger.

Thanks to the committed investigative journalism of Todd Van Luling of Huffington Post, Jon Haugen has been named as the one true Ugly Naked Guy.

There's only one Ugly Naked Guy, man, and that was me… The reason I never came forward was because I was just keeping it mellow because Warner Brothers was keeping it mellow. They wanted everybody to have a guess who I was.

The actor insisted he'd be willing to appear in a reunion season or special.

I wasn't really expecting them to call me back for me to do it again… It was the best time in my life. I was the man… I was hoping they would bring me back and we'd do some more. Maybe we can create a buzz and get everybody back together.