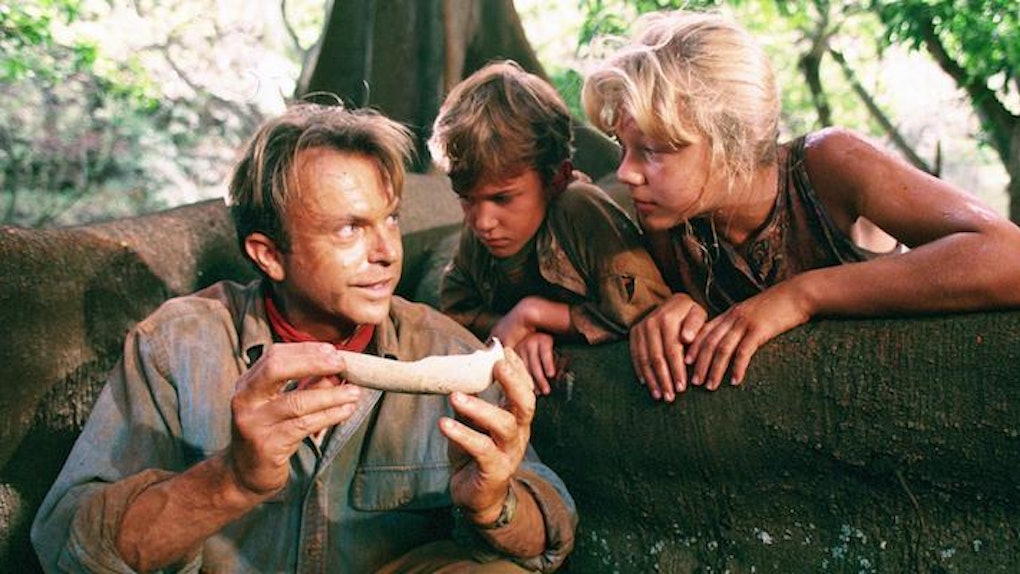 I have never been sheltered.

I wanted to be on "Saturday Night Live" when I was 7, but I didn't really get the jokes.

I walked around the house singing along to "Whose Bed Have Your Boots Been Under?" by Shania Twain when I was too young to understand.

But most importantly, I was allowed to watch whatever I wanted. I'm talking about "Beetlejuice" being on loop when I was 3. (Come to think of it, that might be while I'm super weird.)

I watched everything my parents would let me watch. I loved everything, and that is something that has translated into my adult life.

I'm a frequent moviegoer on the weekends, love the library's free rentals and could sit for a weekend browsing Netflix and HBO Go.

Throughout the last few years, there have been plenty of reboots up Hollywood's sometimes fraying sleeve. Sometimes they're one-offs like "Fright Night" (which I actually loved), but more often than not they're a franchise like "Star Trek" (which I think is great) or "Planet of the Apes."

This summer's reboots include, "Terminator," "Poltergeist" and "Jurassic World." Basically, if it's not based on a book or comic, it's likely a reboot or remaking.

And they don't always work.

Last year when I discovered they were remaking my beloved "Jem and the Holograms," the cult favorite 80s cartoon that I was obsessed with as a child and just recently rewatched, I was apprehensive.

How would they take what was so inherently 80s about that show and turn it into a modern hit? Although the process of auditions being open to anyone by utilizing YouTube as an open casting call was cool, I was still nervous.

And when the trailer came out earlier this week, it proved to me that my nerves were on point. It lacked the magical element that turned Jericha into Jem, it left out one of the driving forces of conflict with opposing girl group the Misfits and Synergy and the magic program that helped Jericah was mysteriously missing.

I was so mad. This was everything that was wrong with remakes. Where something like "Star Trek" was able to put a fresh twist on classic storylines, some reboots just fell short of what made the originals so special to begin with. And I think that's where Hollywood seems to be going wrong.

Our generation is heavy on nostalgia. We love articles that remind us of the 25 emo songs that defined our adolescence, and the 13 dreamboats we swooned over (looking at you, JTT).

We love Netflix for putting up shows that we have long since forgotten. We're obsessed with the idea of looking back.

But, banking on that seems to be hard for Hollywood. They take what we love to look back on fondly and fail to get it quite right.

Sure, that's been a trend with book adaptations for the last 30 years (I am a total nitpick sometimes when I really love a book), but it shouldn't be the case with reboots.

They want to put fresh faces on classics instead of just looking at what worked before and focusing on bringing that to the forefront.

"Jem" was originally animated and was able to make the makeup and hair and clothes of the characters slightly over the top. It was completely 80s, and had a certain charm to it. The songs were cheesy, but they got stuck in your head.

Putting it in today's society just does not work. It doesn't work for all of its best elements to be stripped away and change the story altogether. For a reboot to work, you have to remember why it was popular in the first place; not just slap a beloved title on a sh*t show.

While I'm definitely excited for "Jurassic World," and of course am already counting down the months until I get to see my beloved Harrison Ford back on the Millennium Falcon in December, I am often wary of reboots. There is no gray area. Either they're great or they make a mockery of the originals.

It's clear that we cannot escape the trend of remakes and will have to suffer through many more of our favorites being reborn, but I hope Hollywood knows when not to touch something.

Certain things should remain as they are, as opposed to getting a remake or in the case of poor "Spiderman," yet another reboot. (Seriously, just leave him alone already. We don't need his origin story with another face.)

With the news that "The Craft" (another movie I shouldn't have been able to watch on loop as a kid) is getting a makeover, I hope Hollywood knows what it's doing. No one should ever even hope to capture Fairuza Balk's insanity in that teenage obsession with the occult.

Focus on what makes the original so special and our generation will flock to the theaters. Forget that and you'll have wasted money and a dusty addition to your library. Choose wisely.