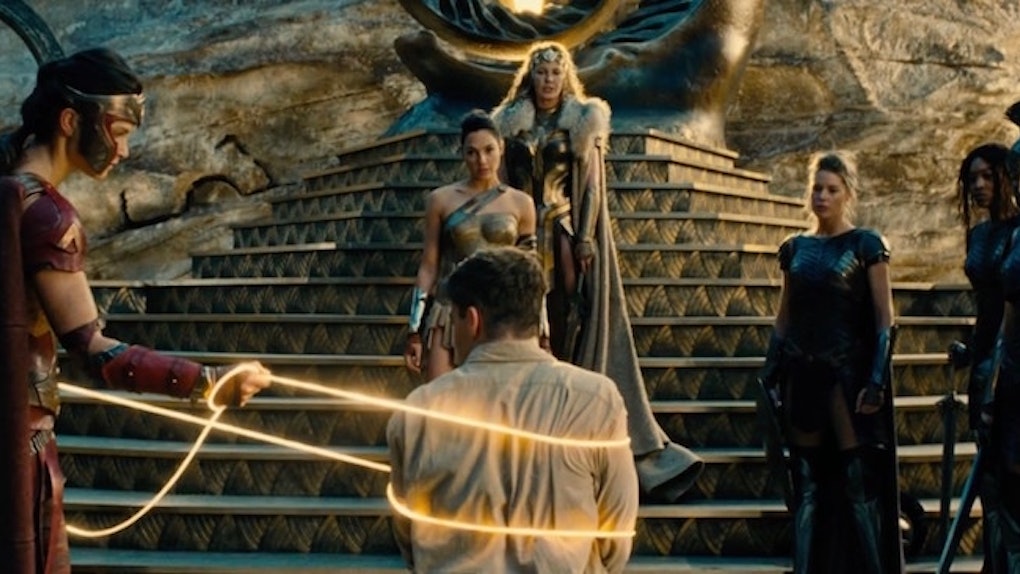 Will 'Justice League' Connect To 'Wonder Woman'? This Photo May Point To Yes

The DC Extended Universe is only four movies deep so far, but the issues that have been plaguing it have been covered extensively. While last spring's Wonder Woman release seemed to finally right the ship after two bad showings in a row, fans are worried the upcoming Justice League will be a return to disastrous form. Perhaps then we should take heart that there's a rumored Justice League connection to Wonder Woman.

While the original Man of Steel  that was reoriented to start off this franchise was merely controversial, the follow up, Batman v Superman (henceforth and always Superhero Face Punch) was a critical flop, which was then followed by Suicide Squad, another critical disaster. Fans have been pointing to Suicide Squad's three trailers, all of which portrayed the movie in wildly different tones, as a good reason to worry about the forthcoming Justice League, as it's three trailers have been plagued with the same issue.

But while reshoots warn of Supermen with photoshopped out mustaches, and Joss Whedon pop humor overlays on top of Zack Snyder dark and brooding original flavors, there's one thing everyone can agree on: Wonder Woman worked. Audiences, especially women, want more Wonder Woman, and specifically we want more of her Amazon world of Themiscrya.

Which is why the following Instagram gave us all hope.

For those who don't know, the poster, Madeleine Vall Beijner, is a Swedish kickboxer/MMA fighter who played an Amazon warrior in the Wonder Woman movie. With reshoots still underway, and Wonder Woman 2 not even started production yet, what else could she and her sisters be suiting up in Italy for but Justice League?

Rumor has it that the scene will not be present day -- no The Flash and Batman don't get to go to Themiscrya and remind everyone why Chris Pine was the only man worthy of setting foot there. Instead this will be a flashback that will help fill out Diana Prince's past.

Let's just hope that Joss Whedon doesn't get any ideas to recycle the absolute horrid dialogue from his own unmade Wonder Woman movie when they do.