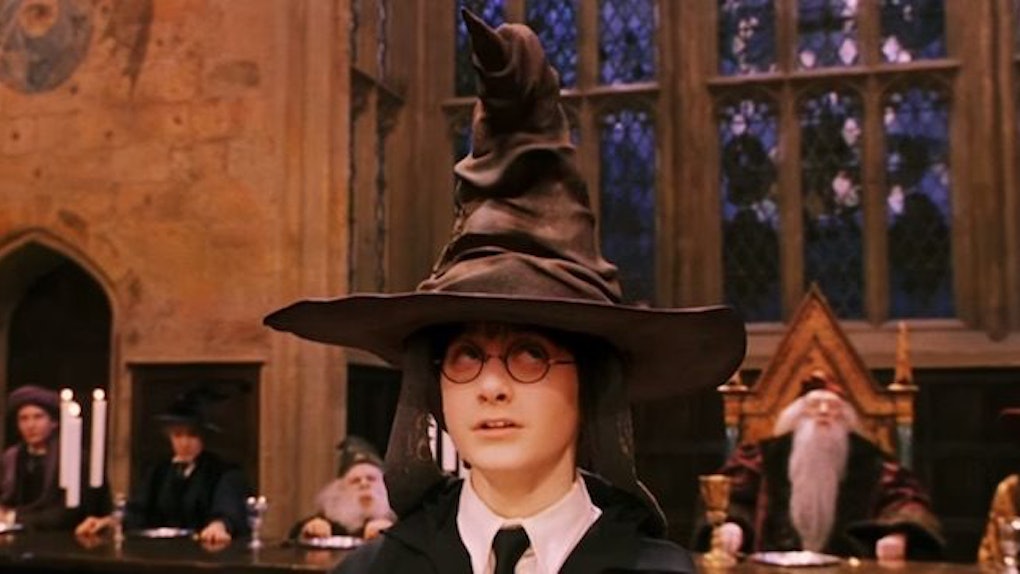 I've read a lot of "Harry Potter" fan theories in my day, and this one about the Sorting Hat is by far the most reasonable.

In fact, it's so darn reasonable that I had kind of already thought it was canon. But apparently some of you *cough* fake fans *cough* didn't know this, so I'm going to walk through it for ya.

Here's the gist of the fan theory, brought to you by Reddit user Straw Boats:

So, you know how the Sorting Hat places kids into one of four houses based on their personality type?

Gryffindors are brave, Slytherins are cunningly ambitious, Ravenclaws are intellectual and Hufflepuffs are hardworking and/or leftover.

Side note: Pretty messed up that Hogwarts essentially brands children on of these four things for life at the age of 11.

I'd argue is sorts a child based on their values. Specifically, a child who believes Bravery and Courage are the most important traits would go to Gryffindor, where as a child who values Intellectualism and Love of Learning above all else would go to Ravenclaw. The key difference is that a child need not possess that trait, but merely value it.

(Of course, you would think that whatever personality traits you value most would tend to overlap with your actual personality, but it does explain a few things.)

Or Peter Pettrigrew, who arguably never becomes brave, still looks up to the bravery of his friends.

This is could also explain why Crabbe and Goyle, who seem to have zero cunningness, ended up in Slytherin.

Not gonna lie, I kind of thought this theory was established as canon in "Chamber of Secrets" already.

You know, when Harry tells Dumbledore that the Sorting Hat let him choose Gryffindor, and Dumbledore is all "our choices define us?"

But hey, maybe that wasn't clear to everyone.

I guess I'm just the Hermione Granger of fan theories over here.