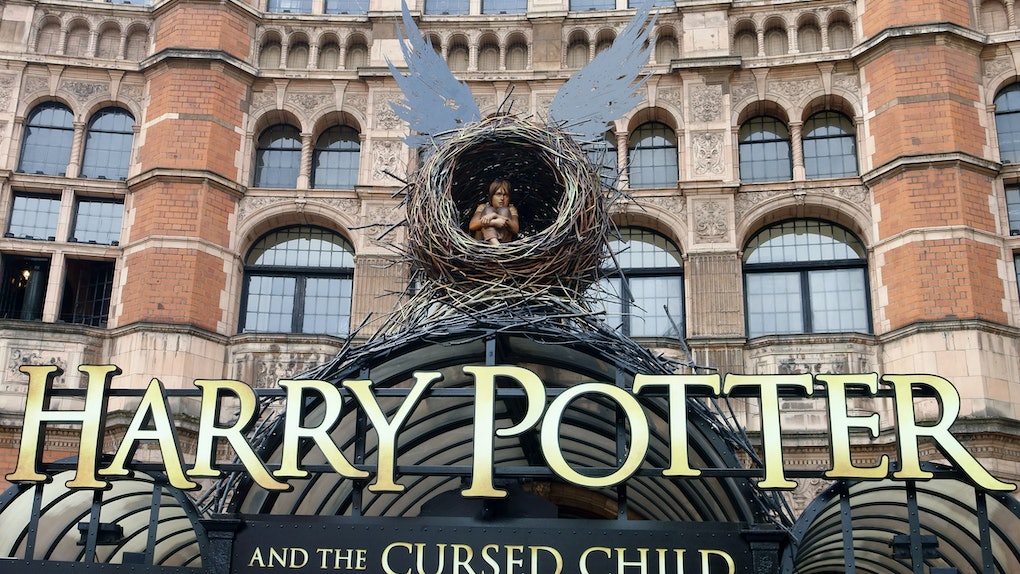 'Harry Potter And The Cursed Child' Is Coming To NYC

Despite the fact I never miss a "Harry Potter" weekend on Freeform, I still haven't seen the movie "Fantastic Beasts and Where to Find Them."

I better get on it ASAP, though, because the next "Harry Potter" production is already in the early stages of coming to New York's biggest and brightest stage.

According to Theater Mania, the wildly successful London play "Harry Potter and the Cursed Child" could be heading to Broadway's Lyric Theatre as soon as spring of 2018!

Apparently, the play's producers, Sonia Friedman and Colin Callender, in collaboration with JK Rowling, confirmed they're already in the process of working with the Ambassador Theatre Group (ATG) to bring "Harry Potter and the Cursed Child" to Broadway.

I'm delighted we are one step closer in bringing 'Harry Potter and the Cursed Child' to Broadway and very excited by the proposed plans.

You might be a little skeptical of these reports, seeing as how nothing is officially confirmed, but news recently broke that Cirque du Soleil's "Paramour" will be vacating its spot at the Lyric Theatre in April, which would free up the space for "Harry Potter and the Cursed Child" to come to Broadway.

We are thrilled about ATG's ambitious plans, which will provide a once in a lifetime opportunity to create a unique theater space tailored to the specific needs of the production over the play's two parts. The remodeled Lyric will include a smaller auditorium redesigned to the specifications of the 'Harry Potter and the Cursed Child' team, as well as an adapted proscenium and stage that can house designer Christine Jones' glorious set without swamping or compromising director John Tiffany's brilliant staging. The spacious front-of-house environment will also be transformed to optimize the atmosphere and audience experience.

But above all, ATG's plans will provide 'Harry Potter and the Cursed Child' with a bespoke home that will be intimate enough for a drama, yet big enough for us to deliver on our commitment to provide audiences with access to low-priced tickets throughout the auditorium.

OMG! OMG! OMG! Merlin's beard, this is actually happening! I cannot wait to see this!