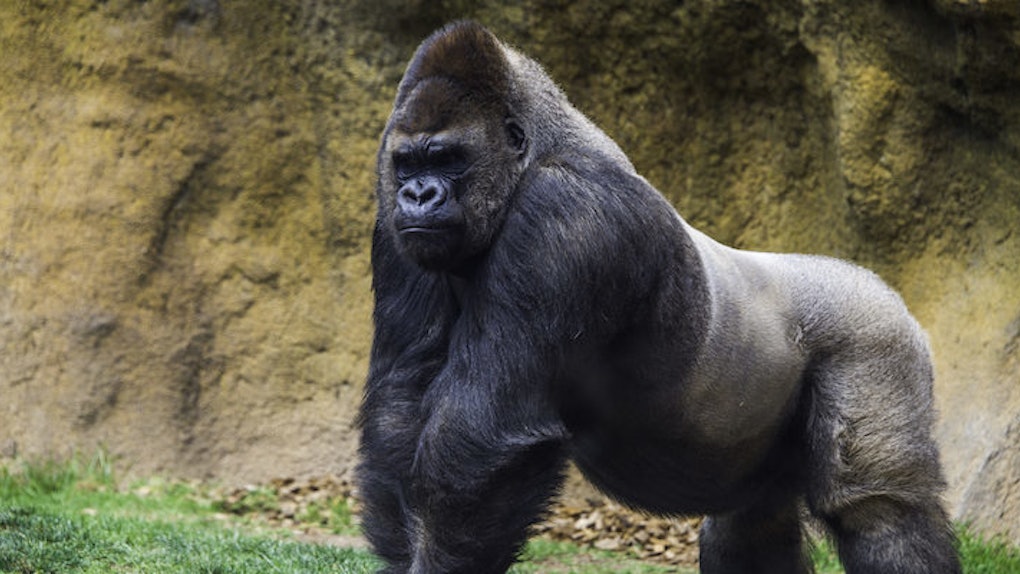 Kavanaugh, who is the chief executive officer of Relativity Media, has produced major hits like "Baby Mama," "Limitless," "Dear John" and "Little Fockers" over the past decade.

These days, however, he announced he's fantasizing about a new movie concept, one that can easily become a reality with the help of a mere 1 million tweeters.

Yes, you read that correctly.

The entire world may actually be rewarded with a movie about 2016's darkest meme: Harambe, the fallen gorilla.

Harambe -- for those of you who consider yourselves above internet culture -- was the gorilla at the Cincinnati Zoo who was shot after a 4-year-old boy fell into his enclosure. His legacy, however, has lived on in the form of viral memes.

Now, before you leave this page and roll your eyes while sighing, "It's overkill! The meme is dead! The internet is so annoying!" let me remind you that you were the one who clicked into this article a couple of seconds ago.

Cue "In The Arms Of An Angel" and a voiceover by Sarah McLachlan.

For just the price of a simple click of a button, you could help a meme in need. This meme is dying, and it needs your help. Anything you can do would mean the world to Harambe's loyal fans, friends and family. We can make a difference.

(That's an actual quote by Sarah McLachlan. She personally endorsed this message.)*

Luckily, Kavanaugh did not stop at this Twitter PSA. He also elaborated on the possible details for his future movie.

Personally, I'd like to see Johnny Bananas from "Entourage" make it back onto the scene and play Harambe. But maybe that's just me.

Currently, the tweet has 226,232 retweets. It's important for you to do your part and make this movie happen.