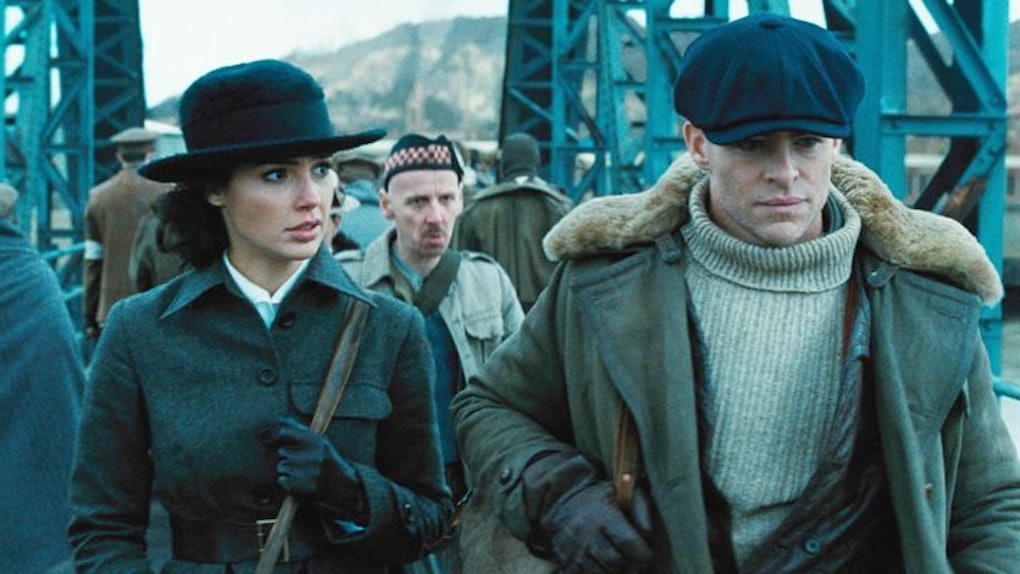 3 'Wonder Woman' & Steve Couple Costumes To Rock With Your S.O. This Halloween

October is here, and Halloween is coming on fast. Quick: What are you going as? No idea yet? Well, can we suggest Wonder Woman? Either Gal Godot or Lynda Carter Wonder Woman, though most will probably go for the former. Besides the best reason to go as Wonder Woman is so you can get your man to dress up as the man you wish your man was more like: Steve Trevor. You know you want to, and we've got them: three ideas for Wonder Woman and Steve couple costumes.

Now, there are just as many variations on Steve Trevor as there are for Wonder Woman. In the Lynda Carter series, he was played by Lyle Waggoner. In the cartoons, he's voiced by nerd extraordinaire Nathan Fillion. And of course, in the newest movie, he's one of the Hollywood Chris': Chris Pine, who is rapidly threatening to dethrone Chris Evans once and for all.

Of the different variations though, the most popular right now is the last one, so even if you decide to do yourself up as the 1970s Lynda Carter, you should feel free to get your man (or woman) to mix and match with the World War I version of the character instead of World War II.

For those who want to do the World War II original, old-school Wonder Woman and her man Steve Trevor, Halloween Costumes has you covered. In this version, you want the longer more modest style star-spangled skirt that reaches the knees, and the golden winged bustier that a cross between the eagle and the Wonder Woman Logo. For him, the 1940s style flight suit might look a little on the onesie side, but that's actually what they wore. (And besides, we heard onesies were in for men for 2017.)

For the 1970s, those who want to do the tried and true Lynda Carter look need to go with star-spangled hotpants and a full on corset. The gold trim and the little useless cape are not mandatory. (As they say in The Incredibles: "No capes!" Can you blame them?) But they come with the Halloween Costumes version, along with the boots, which are mandatory, so why the heck not?

As for the Waggoner Steve Trevor, the show kept him in a 1940s officer's suit most of the time. The cheapest beige baseline version we found is from Costumes Super center, but it needs the green jacket (inset) which Halloween Costumes carries. If that seems like to much, the show also had him wear a 1940s regular suit a lot, so break out that double breasted three piece your granddad has in the back of the closet and see if it fits.

This movie only came out a little while ago, which means a lot of stores have been scrambling to find a decent version of they to sell. While there are some decent approximations on the 2017 look at both the places that sell the other, older versions of the Wonder Woman, we found the very best version is to be found at AliExpress. It's got the leather strapping look, it's got the rope accessories, and it's got the correct footwear. All you need is a sword and a shield.

As for Steve Trevor, we looked and looked and AliExpress is the only place that sells the rugged Chris Pine look with the WWI oversized turtleneck sweater, the leather vest and the coat in one package. The best part, if it's not obvious from the picture -- they make them in both male and female versions, so even your girlfriend can dress like the man who want your girl to be like.