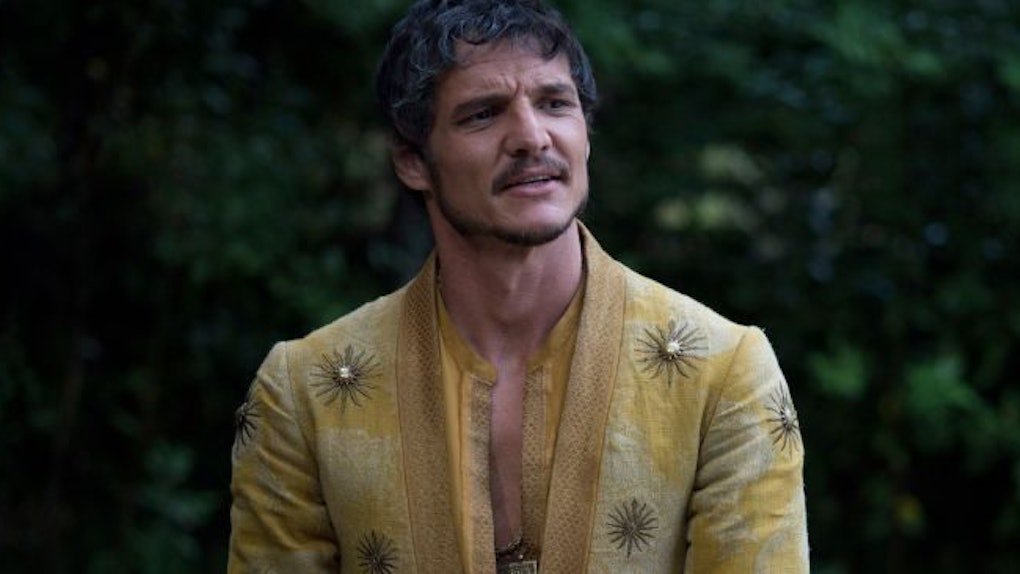 Who Is Elia Martell? Rhaegar's Other Wife Refresher

It feels like eons ago now that Gilly was rummaging through some scrolls Sam brought home from work on Game of Thrones, and found the notes from the High Septon. In them, he dryly wrote about an earth-shattering revelation: that Rhaegar Targaryen and Lyanna Stark had married, and that the current King In The North was the legitimate heir to the Iron Throne. This is great news for Jon Snow. But what about the family that got shunted to the side? What about Rhaegar's other wife, Elia Martell?

Who was Elia Martell? She's a name we've heard bandied about over the years on Game of Thrones, especially during Season 4 when Oberyn came to King's Landing with a chip on his shoulder the size of Dorne over the way she died during Robert's Rebellion. Most people know how her life ended, because of the battle of The Mountain and The Viper, where Oberyn constantly repeated a litany, Princess Bride style, of the Mountain's crimes against his sister.

Elia Martell, Princess of Dorne, you raped her. You murdered her. You killed her children.

But Elia was more than just an idealized memory that drove Oberyn to his death.  Let's run down who she was, how she got there, and why Rhaegar did her wrong.

Who Was Elia Martell?

Princess Elia Nymeros Martell was the fourth child and oldest daughter of the reigning Princess of Dorne, born in 256 AC. Her oldest brother Doran, in the novels, recalls that she was born prematurely and not expected to live. Though she survived, she wasn't allowed to travel much, and was always thin and frail her whole life. Oberyn Martell, who was only a year older than she was, was her closest sibling.

Accounts claim she was beautiful, with long dark hair and black eyes. Despite this, there were issues with getting her engaged when she was of age. This was partly due to Oberyn making fun of every suitor put in front of her, save one: Jaime Lannister. But Tywin put the kibosh on that, having higher aspirations for his children, and offering Tyrion as an engagement instead. The Martells, suitably insulted, left.

King Aerys Targaryen had it drubbed into his head from a young age that his line would produce "The Prince That Was Promised," which is why he was forced to marry his sister, Rhaella. He, therefore, wanted Rhaegar to marry brother to sister. But as the years wore on, and the stillbirths, miscarriages, and cradle deaths mounted, this became less and less likely. The only sibling who survived in a decade span was a boy (Viserys.) Aerys was forced to accept his son would marry outside the blood line.

His wife, Rhaella, arranged the marriage with Elia's mother, to have daughter wed to son, much to the distress of many who had hoped to be chosen instead (like Tywin, who had kept Cersei single for that exact purpose). They were married in 280 AC, in a lavish ceremony that Aerys refused to attend, and Viserys was kept from seeing.

Elia and Rhaegar weren't in love, but they were comfortable, in that way that arranged marriages start, and can deepen into love over the years. Their first child was born almost nine months to the day after they were married — a daughter, Rhaenys. Aerys claimed she smelled "Dornish." Elia was bedridden after the birth, which was rough on her frail constitution.

By mid-281 AC, Elia was pregnant again, this time with a son, born in early 282 AC. Rhaegar named him Aegon, and declared him the prophesized "Prince That Was Promised." Elia and Rhaegar were advised to have no more children. Another one could very well kill her.

The Tourney At Harrenhal

But it was a moot point. While Elia was pregnant, the Great Tourney was held at Harrenhal during the Year of the False Spring. Many assume Rhaegar was behind it, in order to get support from the other lords to remove his now very unstable father from the throne.

But Rhaegar got distracted by a young Stark girl. When he won, he passed over his own (pregnant) wife sitting right there to crown Lyanna Stark the Queen of Love and Beauty. History does not record Elia's reaction to this.

Rhaegar's Abandonment Of His Family

Not long after Elia gave birth to Aegon at Dragonstone, Rhaegar left to ride out with some companions, and never came home.

What is known is that he rode to Winterfell, and that not long after, he and Lyanna stole off into the night. At the time it was called a kidnapping.

Robert used this to spark the rebellion, along with Aerys burning the Stark lords who came demanding their daughter/sister's return. The Targaryens had few allies outside the Martells, but Doran was slow to send aid, as he was appalled by Rhaegar's behavior towards his sister.

At some point during the rebellion, Elia returned from Dragonstone to King's Landing with both her children. No one knew why, but it seemed odd, since she was weak, and travel was dangerous. Her children were too young to be on the road in a time of war, where they could have been taken prisoner. We believe now it was probably to beg Rhaegar not to annul their marriage.

As for her death, Tywin later claims in the books that he felt it necessary to have Rhaenys and Aegon killed by the Mountain, in order to prove loyalty to Robert's side, since the Lannisters stayed neutral until the last minute. But, and this was another curious thing, he said he never gave an order to kill Elia, because he deemed her "nothing." Clegane's rape and murder of her was his own doing. (Tywin never said not to kill her.)

Why would the wife of the crown prince, who could maybe raise up a counter rebellion if she claimed to have one of Rhaegar's babies, be nothing? Unless... she was not Rhaegar's wife anymore, and Tywin knew it. And he knew most others in power knew it too, or would soon enough.

In killing her, the Mountain accidentally made her a martyr, instead of the truth getting out Westeros-wide, and forcing her to live with the embarrassment for the rest of her life, along with the deaths of the only children she could have.

Sometimes, when the world is crueler that you could imagine, and men leave you senselessly, death can be a kindness.