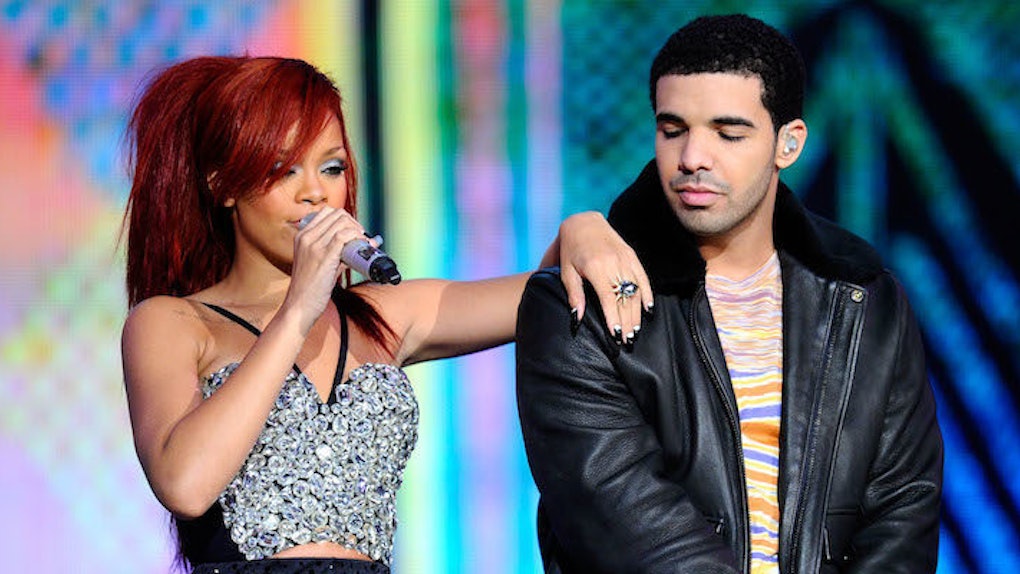 Rihanna took a break from her busy touring schedule earlier this week to grant a young fan's biggest wish.

In Florida for a stop on her ANTI world tour, the “Work” singer, along with collaborator (and possible boyfriend) Drake, surprised superfan Megan in the Miami-area hospital, where she is receiving treatment for a form of childhood cancer.

During their visit, the pair took turns snapping selfies with the young teen, which she later posted to social media.

In one picture, Megan sits between her two idols, beaming for the camera; while in another post — this one a video — Drake sweetly kisses the young girl's cheek as she giggles shyly.

Throughout the posts, Megan can be seen wearing a Make-A-Wish button, indicating it was the charitable organization that organized the teen's life-changing meeting with her idols.

Learn more about the Make-A-Wish Foundation's incredible work here, and see the adorable pics of Megan, Drake and RiRi below.

Megan beamed as she sat between her two idols.

She seemed to be very interested in what Drizzy was saying (as did he with her).

And in the caption for this video, she called him the "LOML" (love of my life).