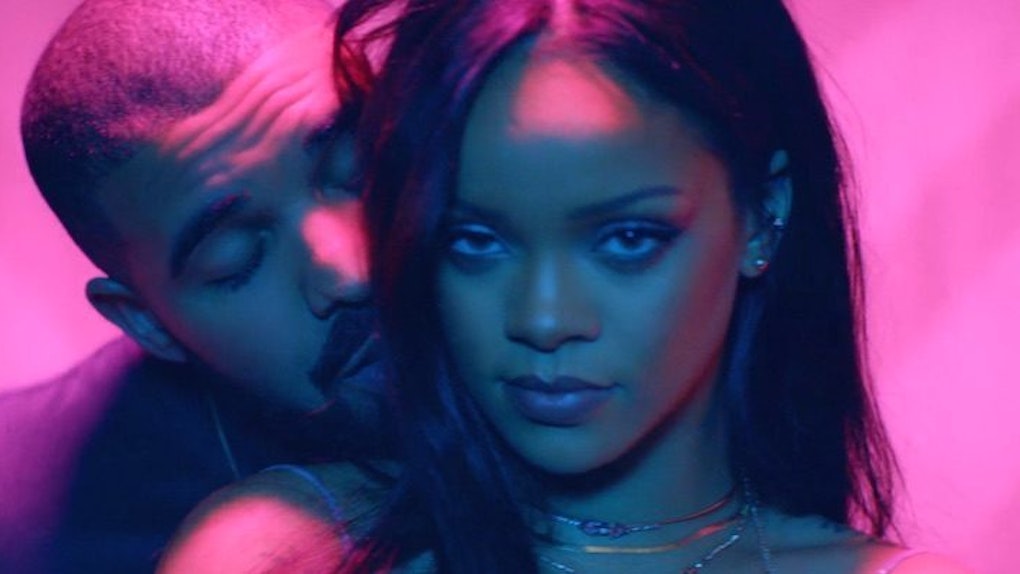 Rihanna And Drake's 'Work' Video Might Be The Hottest Thing Ever

Rihanna and Drake legit just got me pregnant.

This afternoon, Rihanna's music video for "Work" featuring Drake was released, and holy sh*t is it hot.

Let me just give you a quick recap of what goes down.

Then their faces get REALLY CLOSE. Like, she can probably smell his breath. It probably smells refreshing. Minty. IDK, just a guess.

Then they start smiling at each other and she keeps looking at his lips.

THEN SHE TURNS AROUND AND THEY START GRINDING. THEN I FALL OFF MY CHAIR AND COLLAPSE ON THE FLOOR. THEN I START HYPERVENTILATING BECAUSE IT'S JUST TOO SEXY TO HANDLE.

OK, cool. You got all that? Well it's not over. THEN we're blessed with a second version. Yeah, there are two parts to this sexy love story.

In the second one, Rihanna is dancing and moving her body and looking hot AF. She's singing and shaking those hips and doing her thing. It's chill.

Drake's also sitting behind her trying to contain himself. He's having a hard time.

THEN HE STANDS UP AND THEY START EYE F*CKING. THEY'RE LOOKING EACH OTHER IN THE EYES AND IT'S SO FREAKING HOT.

WE'RE IN LOVE WITH THEM AND WE'RE DEAD.

What I'm trying to say is this music video will probably kill you. Now check it out in the clip above and enjoy. RIP.