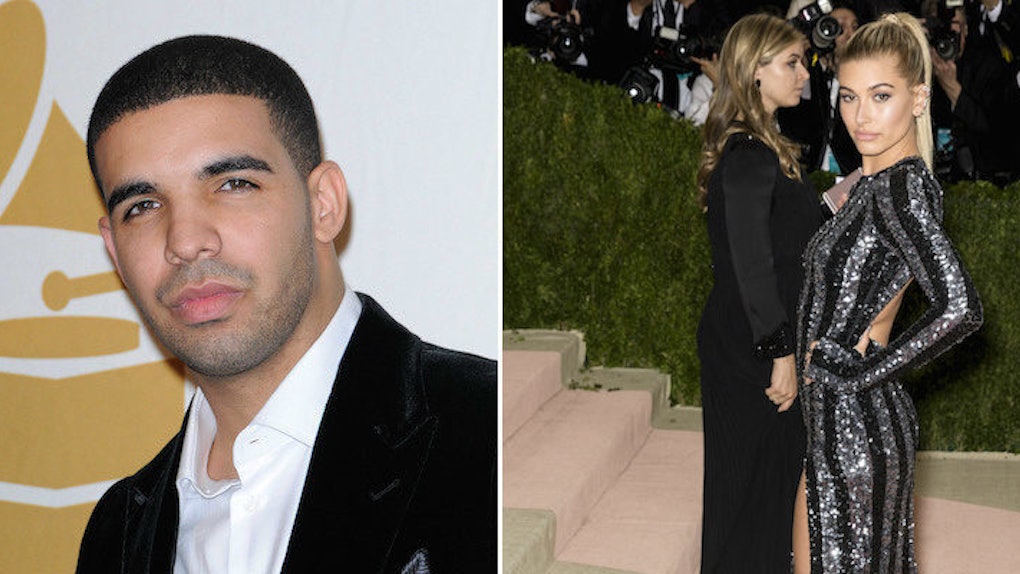 Back off, ladies. Hailey Baldwin has essentially BRANDED Drake with her own logo.

Since the dawn of dating, there has always been an issue with warding off potential threats who are trying to take away your beau. Aside from engagement rings, there is no real way to symbolize you've claimed temporary ownership over someone in a romantic sense.

You can't, like, hire some old-timey British kid to follow your bf/gf around with a large bell yelling, “TAKEN! TAKEN! TAKEN!”

Hailey Baldwin may have fixed that age-old problem in a pretty simple way: Treat YO'MAN's neck like a luggage handle.

OK, granted they aren't even officially dating or anything, but, like, still this looks like a massively genius move she pulled off. Having someone wear your own signature high-end jewelry is the Hollywood equivalent of a first date.

By the way, if you wanna buy one of these bad boys, you'll only drop a mere $550 at Jennifer Fisher.

Supposedly, the two have been hooking up since Memorial Day, when the 19-year-old attended Drake's party.

Citations: How Serious Are Drake and Hailey Baldwin Well He s Wearing Her H Necklace So Practically Engaged (PEOPLE)