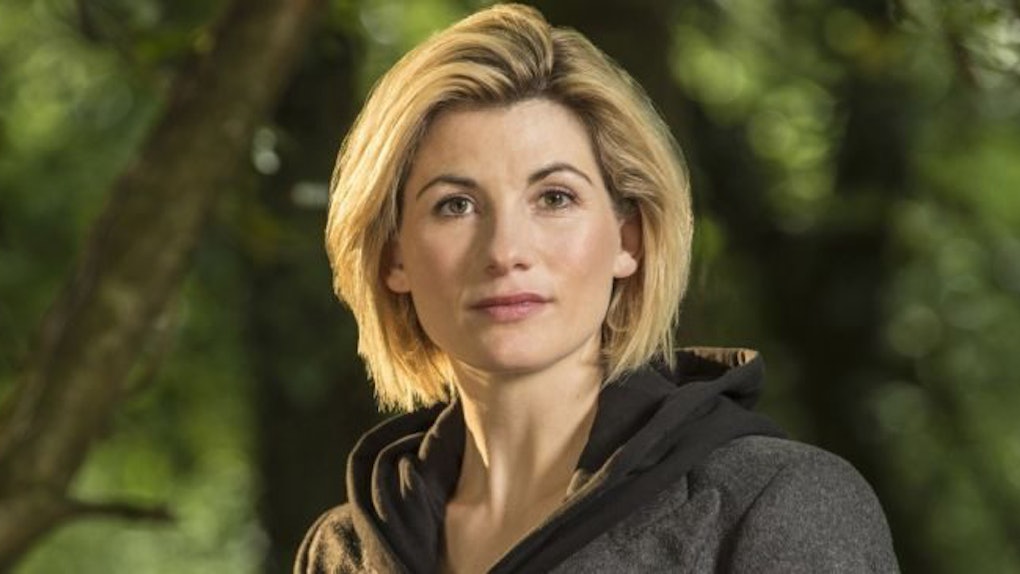 On Sunday, a few hours prior to the premiere of Game of Thrones, Doctor Who came through and pre-broke the internet for everyone, by revealing that after 54 years, the Doctor would regenerate into a woman.

The 13th Doctor will be played by Broadchurch's Jodie Whittaker, which is perhaps not the most surprising casting, considering the new showrunner, Chris Chibnall, was the showrunner behind that series.

If you click on the above video, the YouTube comment section will give you a little taste of just how badly a certain minority subset of very vocal male fans responded to this news: Badly. Very, very badly.

Complaints ranged from the shrilly sexist to the convoluted arguments that the show had retconned everything just to make this happen. (For the record, Doctor Who spent the last few years retconning several aspects of the show, including that the 12th regeneration was originally supposed to be the last one, so don't even start with that.)

This certain minority subset of very vocal male fans seems to exist in all fandoms, and as our entertainment becomes more equal and diverse, the more abusive they seem to get. In some cases, they've been successful: There will be no rebooted Ghostbusters 2, for example. In others, their attempts at trying to destroy things because there's a lead female who isn't just some mute girlfriend have been laughable, including attempted boycotts on Star Wars: The Force Awakens, and Rogue One: A Star Wars Story.

But, as Mel Brooks will tell you, the best way to neuter such evil is to laugh at it. And that's just what we're doing. Check out the Doctor Who helpline:

Though the last season or so has broadly hinted that a female Doctor was in the works, with Capaldi's waning ratings, there were several reasons to believe the BBC would, in the end, not have the nerve to go through with it. There was, of course, Capaldi's falling ratings as the 12th Doctor. There was the very public loss of the BBC's other major hit show, The Great British Bake Off, to Channel 4 last fall. And there was a fear of this sort of backlash coming during a time of Tory government, who continue to look for any reason to cut BBC funding.

I honestly didn't think they'd go through with it. As a long time Whovian, I'm beyond thrilled. Let's hope that laughing at those who freak out like this as equality reaches more and more of our long time fandoms becomes the default for dealing with them from here on out.