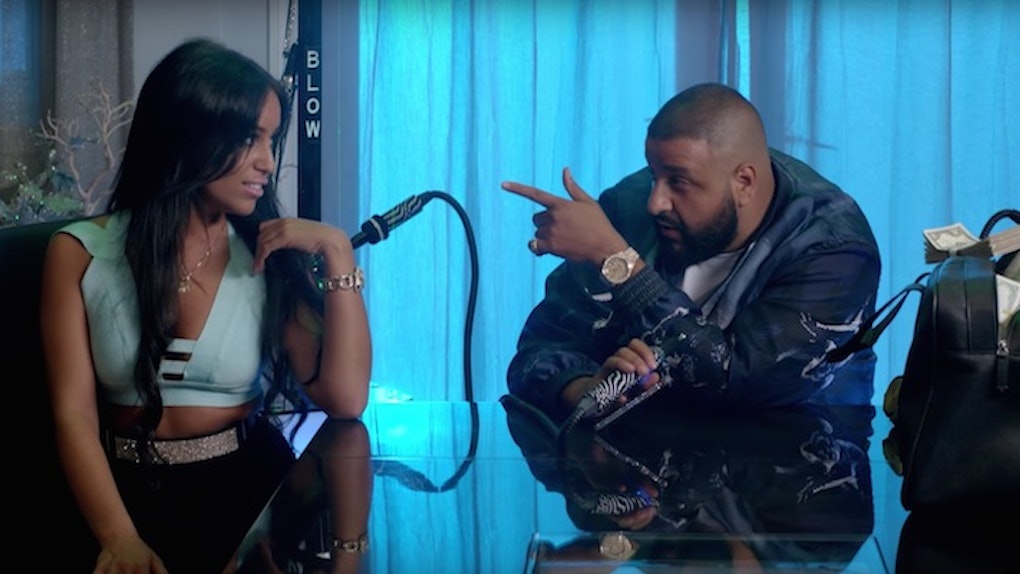 3 Toxic Behaviors That Distract You From Success, As Told By DJ Khaled

DJ Khaled is a modern-day poet, and it’s time we gave him the credit he deserves.

He drops knowledge via Snapchat while showering, while getting manicures and while having lunch.

Although Khaled stays quite busy (you know, riding on jet skis and getting massages), he manages to make time to share a few of his tips for success.

They include “Never give up,” “Dry your back,” “There will be struggle before success” and my personal favorite, “Stop being a crab.”

Do you want the keys to success?

Here are four toxic behaviors you need to leave behind:

1. Holding On To Relationships That Have Run Their Course

Keep people around you that’s gonna uplift you.

Sometimes we forget that not every relationship — platonic or romantic — is meant to last a lifetime.

Just as we have no obligation to be the same people we were last month or last year, relationships too have the right to grow and even fade away.

Follow Khaled’s advice, and take the trash in your life out.

Take time to evaluate who you allow in your inner circle, and be honest about how relevant and beneficial each relationship is.

There’s no need to part ways with some big, dramatic and catastrophic boom.

Relationships, by nature, are living, breathing and constantly evolving, just like the humans who form them.

We spend too much time convincing ourselves that certain relationships are right for us because we’re too scared of who we are (or will be) without the safety net they provide.

DJ Khaled says that when people close the door on you, "just open it.”

How do you handle rejection?

What do you do when you see a door, a hurdle or a challenge on your way in?

Do you figure out every possible way to overcome it?

We live in a time where our inner monologues always have a public platform via social media, and it’s really easy to fish for likes.

Instead of taking the time and energy to vent on the Internet about what you couldn’t do, take that “no” and broadcast how you turned it into a “Hell yes!”

While this gem may seem a bit ahead of its time, it simply means you should come prepared.

Have a plan B through Z because giving up is not an option.

“No” is never the final word.

For the doers, it’s only the beginning.

3. Procrastinating In The Name Of Perfection

Do you have a goal or an idea that you are holding off on pursuing because it’s “not ready yet?"

The world is flooded with ideas — some better than others — but that doesn’t mean there isn’t enough room for everyone to shine.

In the time you spend waiting on “perfection,” someone else is taking that same idea and running with it because he or she took a chance.

It’s one thing to be prepared, but don’t procrastinate because you’re waiting for someone else to test the waters and let you know it’s safe to dive in.

No one said that the road to success and overall awesomeness would be easy and straightforward.

If there’s one thing that is in your power, it’s the option to break the bad habits that hold you back.

DJ Khaled may really be onto something here, people.

Don’t stand in your own way when it comes to success, even though it may seem like a fairly daunting task.

So when in doubt, remember these wise words: