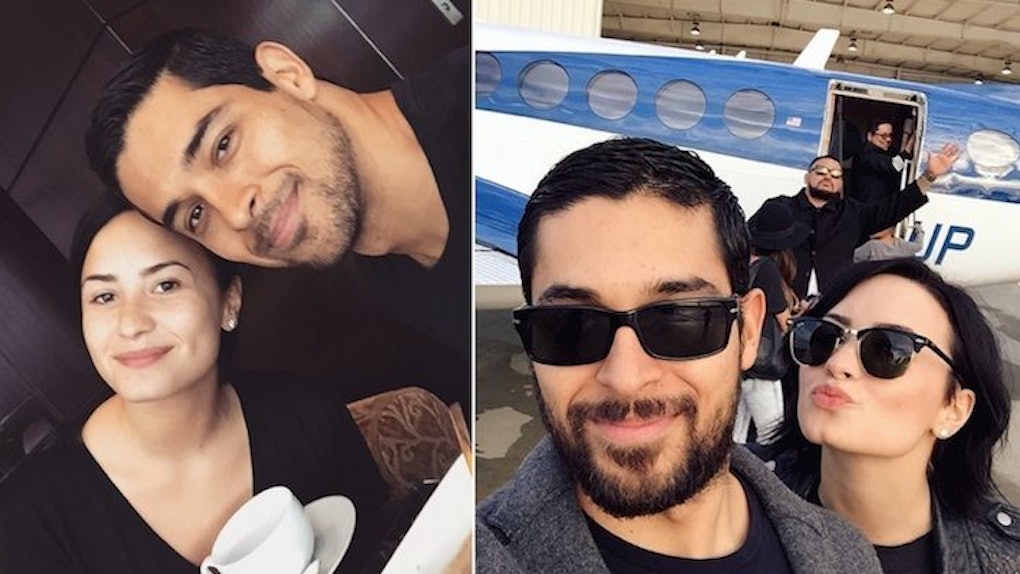 Demi Lovato And Wilmer Valderrama Call It Quits After 6 Years

In the last few days, Taylor Swift and Calvin Harris announced they are breaking up, Gigi Hadid and Zayn Malik additionally announced their split, and now, we can add Demi Lovato, 23, and Wilmer Valderrama, 35, to the heartbreak list.

In a tweet posted Friday evening, Demi wrote in part,

This was an incredibly difficult decision for both of us, but we have realized more than anything that we are better as friends. We will always be supportive of one another.

She signed the post, "with only love," along with both their names, "Wilmer & Demi."

The pair began dating when Demi was just 17 years old, raising serious eyebrows thanks in part to their 13-year age difference.

However, things appeared to be going strong for the couple as of late, with Demi recently joking on "Ellen,"

In January, to celebrate their sixth anniversary, Demi posted a collage of photos to Instagram showing the pair's growth over the years, simply captioning the photo with a heart.