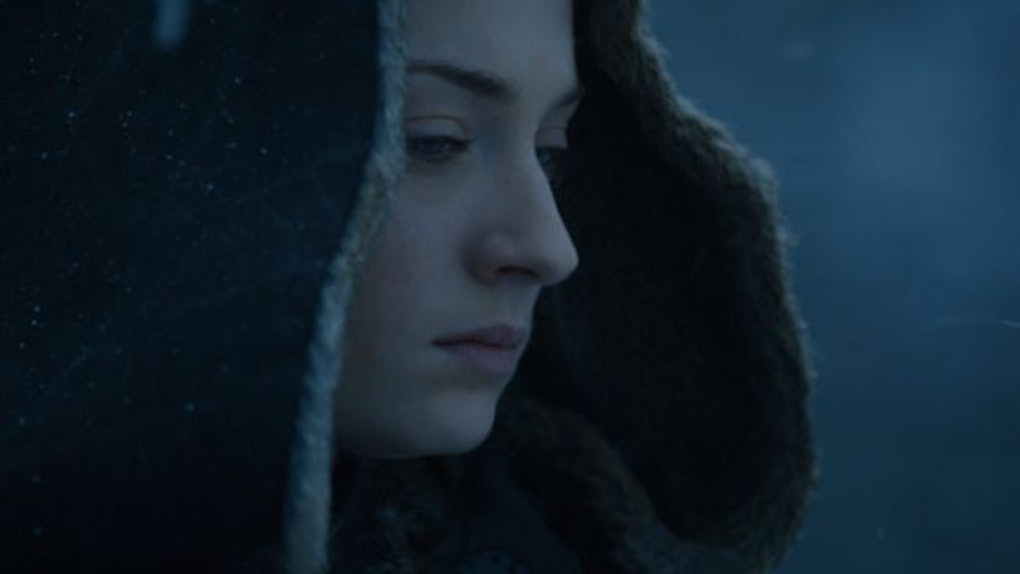 Some theories were strengthened. With Jaime and Tyrion now both on Team Dany instead of Team Cersei, it's only a matter of time before one of them turns out to be the Valonqar and kills her. Theories about Jon Snow being the Prince That Was Promised are all but confirmed, with his parentage of Lyanna Stark and Rhaegar not only revealed, but his legitimacy and heir to the Iron Throne status also established. (Does that make Dany the Nissa Nissa to his Ahor Azai?)

Plus we learned that, despite everything, the Stark children absorbed their parent's teachings. When winter comes, the lone wolf dies, but the pack survives. That's how you get through a season without losing a single Stark, kids. Please take notes.

As for the theories that fell, let us mark their passing.

This one actually fell last week, but this week's union of Jon Snow and Daenerys Targaryen merely was the nail in the coffin. Tyrion is not a Targaryen. Other Targaryens are not attracted to him in an incestuous manner. He's not going to be a dragon rider. All theories book readers have about his eyes and hair are officially bupkis. Tyrion is a Lannister through and through. Now, about that Valonqar theory...

Are you kidding? After that finale, I need a spin off where Arya goes around doing the killing for Sansa. Let's call it The Lady In Winterfell & The Executioner. (For the record, if Arya does now start killing for Sansa, that ups the chances it will be Arya who kills Cersei. Just saying.)

Bran's Magic Will Ruin The Wall

Another Season 6 based theory, after we saw the Night King touch Bran, and was then suddenly able to break the Children's magic and get into the Three Eyed Raven's cave. But no, Bran passing through the Wall, Night King's touch and all, did nothing to weaken it. Turns out good old dragonfire would have to do.

Euron Will Steal A Dragon (And Anything To Do With Horns)

One of the many "What do we do about the third dragon rider" theories that came out of Season 6. After Euron's mad act turned up on screen, fans thought he might try and steal one of Dany's dragons, using a horn only seen in the books thus far, called "Dragonbinder." (You can guess what it does.)

Nope. That honor went to someone much more evil: the Night King. No horns! No horns!

There are two horns in the books, one of which we mention above. The other: the Horn of Winter, which supposedly went sounded can and will bring down the Wall. (Why anyone would make a horn to bring down the Wall after so much work went into building it makes no sense, but okay.) Book fans have been especially big on those horns showing up, because they had a theory that when the Wall fell, an Ice Dragon would spring forth, giving the Night King parity with Dany.

Turns out that's all way too complicated. No dragons in the Wall. Just one of Dany's killed off, and turned into a wight, who blew down the Wall all by himself. No horns! No horns!