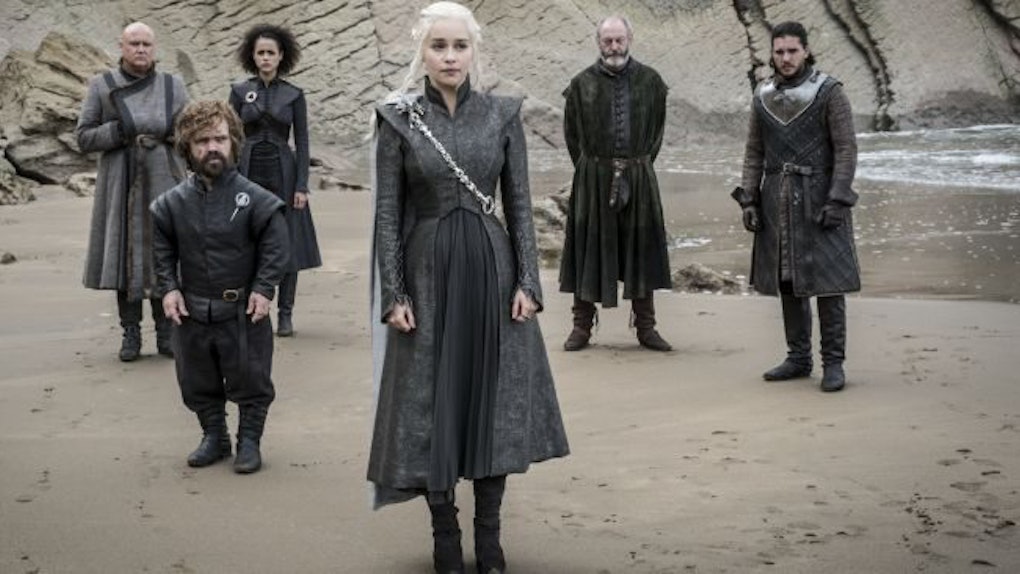 Will Daenerys Win The War On 'Game Of Thrones'? Her Latest Moves Aren't Proving Successful

This post contains spoilers from Game Of Thrones Season 7, Episode 4. Last week, Jon Snow and Davos Seaworth were in the middle of a less-than-diplomatic exchange with the Mother of Dragons, Daenerys Targaryen, when Varys came shuffling up to tell her she'd just lost her first battle. This week, things got even more awkward as the two of them found themselves standing there on the beach when Tyrion and Varys came over to announce she'd lost round 2. Will Daenerys win the war?

Can you blame Davos for trying to get out of the conversation? Tyrion is literally getting accused of treason against her because he doesn't want to kill his siblings. She looks like she's about ready to burn them all with dragon fire, she's so mad. Ushering away Jon Snow before he says something that will really make her mad and head off to start mining seems the smart move.

But, oddly enough, Dany isn't having it. Let's be clear, that scene in the cave we just saw before she learned the news had Jon turning down bending the knee, again. This despite slaying they needed to work together, that he needed her troops to defeat those creatures whose images were painted on the walls. So why is she asking his advice?

Because despite her urges to go all "Mad Queen" on Westeros and burn their cities until every last one bends the knee, Dany isn't her father. Nor is she Cersei. But she needs those around her to remind her why she's not those people.

It would be so easy to just fly across Blackwater Bay and melt the Red Keep to a lump, with Cersei and Tycho inside. But that's the easy route Cersei took, blowing up the Sept with all her enemies inside. She now rules through fear. And Dany doesn't want that.

As Jon correctly states, Dany is different. Dany did something magical, amazing, something so different most people can't believe it. She birthed dragons back into the world. That suggests she is different, that what she offers to the smallfolk in her return to Westeros is a new world order.

It's what she did in Meereen, she changed the lives of the downtrodden. People, like Jon, want to believe she can do that here, even if he refuses to bend to her. He wants to believe she can be convinced "yesterday's wars don't matter anymore."

Will Dany listen? Or will she ride out to King's Landing and burn them all?