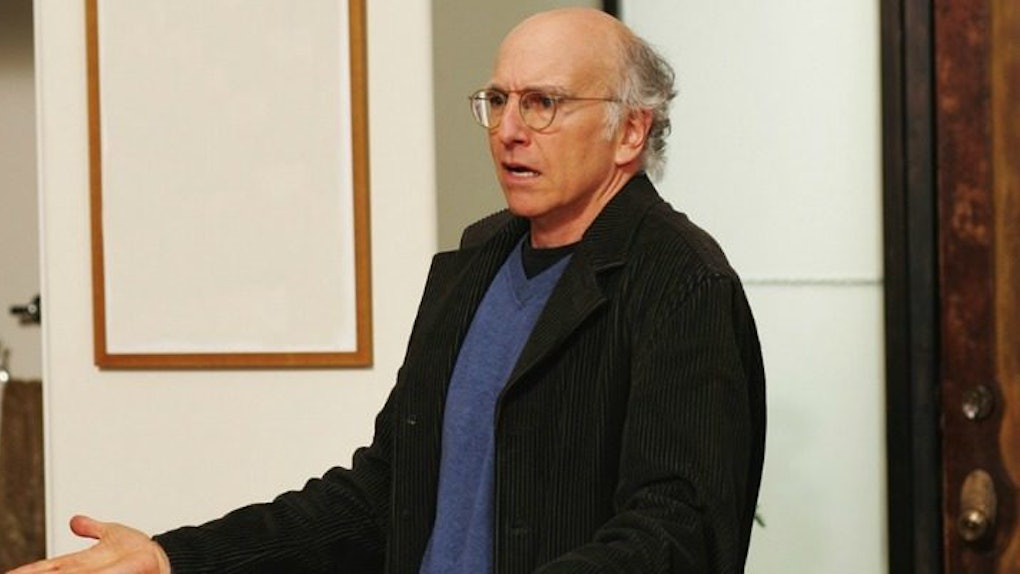 In case you haven't heard, the HBO hit series "Curb Your Enthusiasm" is reportedly coming back for a ninth season.

Frankly, I'm ecstatic about this.

Like, just when you thought this week was all about the anticipation of the ninth episode of "Game of Thrones" season six, this little nugget drops out of the sky and steals the spotlight.

Larry David and his friends are back, people; this isn't a drill.

Curb's reported return appears to have hinged on Larry David, with the president of HBO programming, Casey Bloys, reportedly saying,

We're thrilled that Larry has decided to do a new season of 'Curb' and can't wait to see what he has planned.

As far as why Larry David decided to bring "Curb Your Enthusiasm" back, well, the man himself reportedly said,

In the immortal words of Julius Caesar, 'I left, I did nothing, I returned.'

If that quote doesn't just about sum up Larry David in a nutshell, I don't know what does. I can actually hear him speaking those words, giving the classic shoulder shrug we haven't seen in far too long.

In celebration of Larry David's HBO revival, check out 10 "Curb Your Enthusiasm" GIFs to help you get ready for the show's long-awaited return.

If you've been without internet today, then you may have missed some pretty big news.

According to reports, Larry David's "Curb Your Enthusiasm" is returning to HBO for a ninth season.

Yes, the dude we love to watch get into the most unfathomable situations is coming back for another run.

Honestly, I'm so excited I think I might explode.

You might not want to talk to anyone on a Tuesday, but this news is definitely worthy of a phone conversation or two.

Cheers to the return of "Curb Your Enthusiasm," and learning how to avoid shaking hands at parties.

This is about to be everyone when Larry David and the gang return for season nine of HBO's longest-running scripted comedy series.

But this was everyone when they learned the show was returning in the first place.

It's official: LD is back, baby.