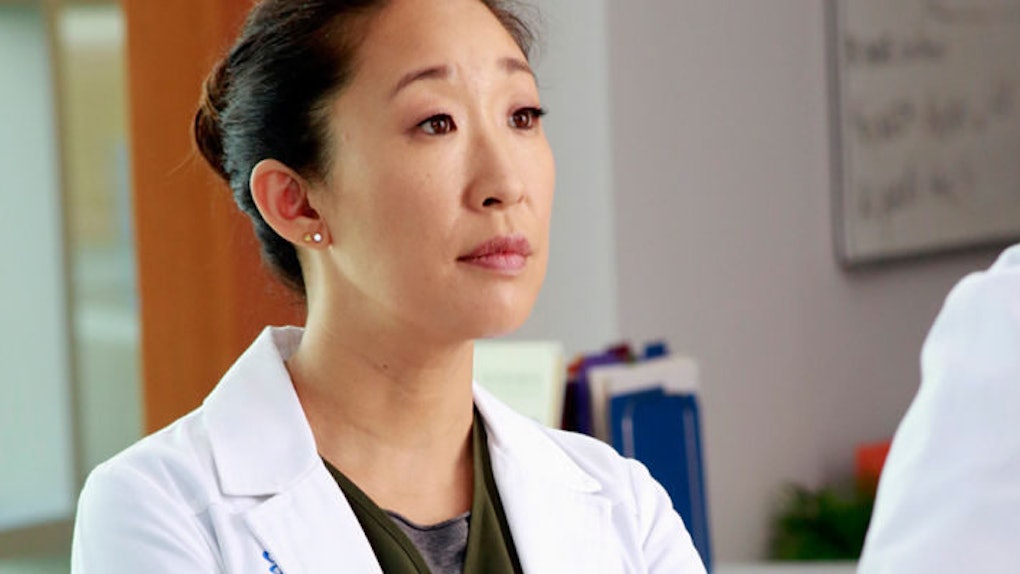 There is only one thing "Grey's Anatomy" could to do make me come crawling back to that show: Bring back Cristina Yang.

Fortunately (or unfortunately, for my productivity's sake), this may be exactly what "Grey's Anatomy" is doing.

In a recent interview, actor Kevin McKidd —aka Owen Hunt, aka Cristina's ex-husband — seems to think it's pretty likely we haven't seen the last of Sandra Oh.

When asked about the possibility of Cristina's return, he said,

I'd love it if she came back, I think she might eventually for fun, for maybe a couple of episodes. I don't think she'd come back for anything long term, but who the hell knows? I feel like I see Sandra a lot still, we're still really close friends. We meet up quite regularly. I do miss her, but I feel like I get to see her anywhere.

OK, so it sounds like we can probably bank on some guest appearances here and there, but not much more than that.

Eh, I'll take it. Obviously I'd rather see Christina back full time, but also I'm very happy she gets to be HBIC running her own hospital in Switzerland.

The Swiss are very lucky people.

Of course, if Cristina DOES come back, she'll have to face Owen's new wife, Amelia (played by Caterina Scorsone).

Apparently, Sandra was slightly annoyed her ex got re-married so quickly.

She was joking, but she was a bit like, 'You didn't tell me you were getting married!' You left, Sandra! She's happy for Owen, really. I think she's happy he married another Canadian actress.

There, there, Sandra. You know Cristina is better off without any of these basic people, anyhow.

Meanwhile, Sandra Oh has been busy with some non-"Grey's" work for once, including Refinery29's web series "Shitty Boyfriends" and the indie comedy film "Catfish."