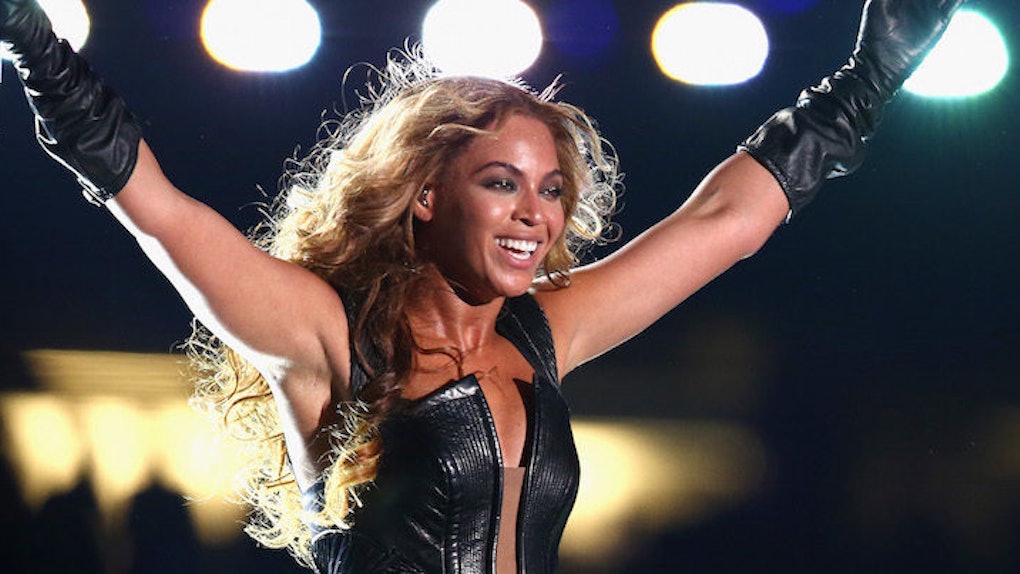 When it was announced Coldplay would be headlining the halftime show this year, the collective response was something of a communal “buuuuwhaaa?” felt across the universe.

I mean, nobody ever watched football and was like, “You know what this needs? More 'Viva La Vida.'”

In fact, the only thing good about Coldplay being chosen to play the halftime show was it kind of forced organizers to bring Beyoncé on.

First off, she collaborated with Coldplay recently, which justifies the decision to shell out for Bey. Secondly, BEYONCÉ IS THE ONLY PERSON WHO CAN ADD ENERGY TO A PERFORMANCE THAT INCLUDES THAT ONE SONG COLDPLAY SINGS THAT WAS IN THE TRAILER FOR THAT 9/11 MOVIE A WHILE BACK. (It's "Fix You" in the "World Trade Center" trailer, for the curious.)

The funny part is Beyoncé also kind of hates Coldplay's music, according to an interview Rolling Stone did with Coldplay lead singer Chris Martin.

Apparently, when Martin presented a song called “Hook Up” to Yoncé, she rejected it "in the sweetest possible way."

Harsh, but WHAT?! You think the Queen isn't going to tell you if you're laying down dumpy tracks?!

If you want to get lied to, go hire someone to lie to you. If you want a slice of scalding hot truth-pie served to you, go to Beyoncé.