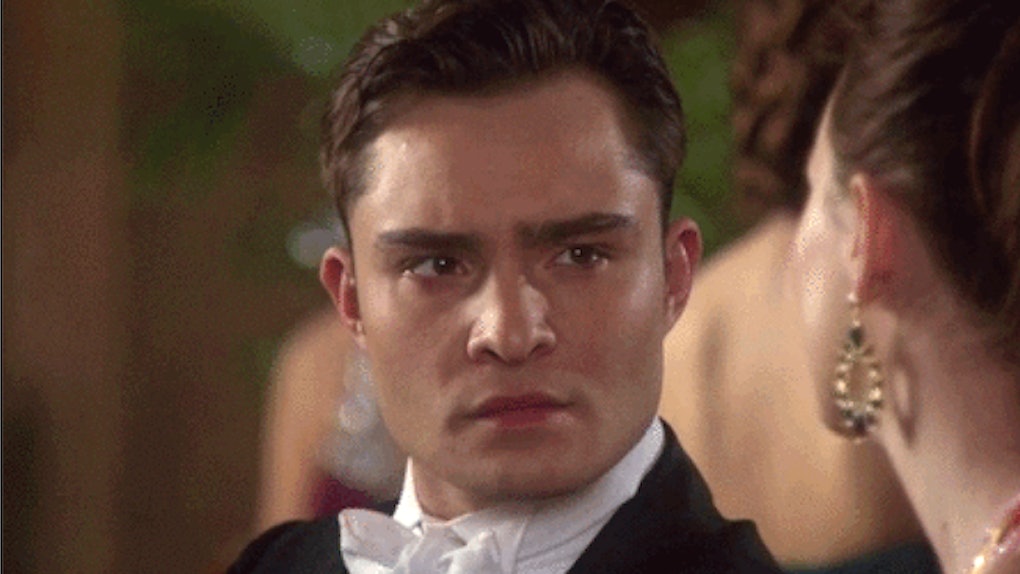 After five years and six seasons, Gossip Girl finally revealed the identity of the mysterious blogger at the center of all the drama in its 2012 finale. But one main cast member must have just skimmed the script that day because he still has no clue who Gossip Girl is to this day, five years after it was revealed. Ed Westwick, who played the debonair socialite Chuck Bass, said he's still in the dark as to Gossip Girl's true identity all these years later in a new Gossip Girl cast interview in Vanity Fair.

Of course, Gossip Girl fans all know the true identity of the anonymous blogger now, since it was revealed in the show's series finale five years ago. Consider this your spoiler alert in case you happen to be bingeing the show on Netflix for the first time right now and still haven't reached the end. To much confusion, the series wrapped by revealing Gossip Girl was actually Lonely Boy himself, Dan Humphrey, all along. It's a reveal that didn't really make total sense, so maybe that's why Ed Westwick forgot about it. When the interviewers asked Westwick about his favorite plotlines from the show, he admitted he still has no idea who Gossip Girl really was. Here's the email he sent:

I still am not sure who GG was lol.

So I guess Dan Humphrey managed to fool Chuck Bass after all.

You can't really blame Ed Westwick too much for forgetting (or never knowing) about the Gossip Girl reveal — it's perplexed fans for years since the show ended, as many fans have pointed out all the plot holes that would make Dan as Gossip Girl impossible. It even inspired its own receipts-collecting Tumblr account called Why Dan Can't Be Gossip Girl. In the new interview, the writers revealed that Nate Archibald and Serena's younger brother Eric van der Woodsen were also tossed into the mix to be the pot-stirring blogger.

But the good news is, the series might get another chance to explain itself. The new interview ends with the discussion of a revival of some sort, with most of the main cast admitting they'd be on board to revive their characters for a good script. Sounds like promising new to me, Upper East Siders. XOXO.