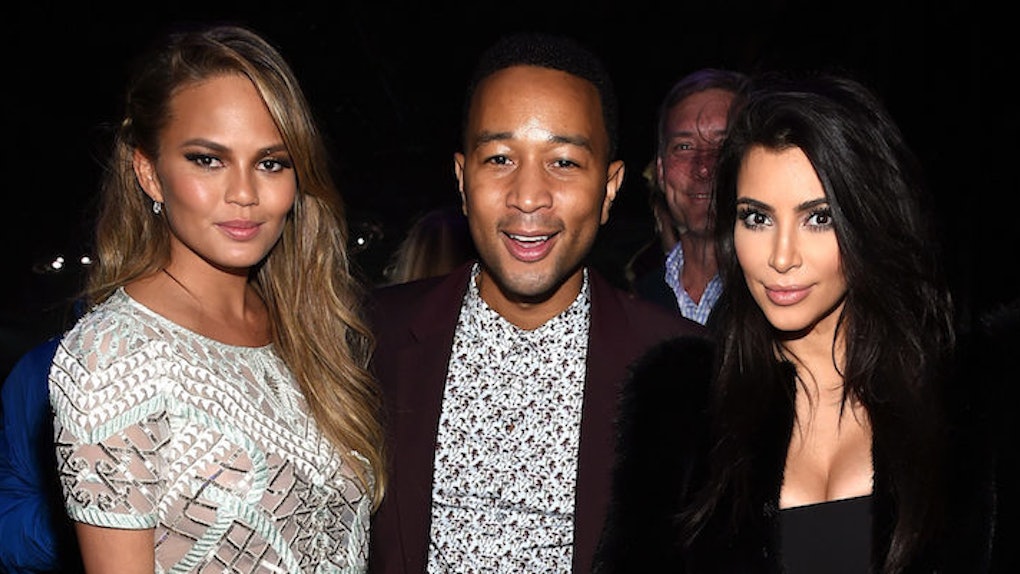 If anyone's qualified to dole out maternity fashion advice, it's probably Kim Kardashian West, who spent the majority of her pregnancy being photographed.

Soon-to-be mom and model Chrissy Teigen revealed her friend Kim K did in fact offer her some sage wisdom on what to wear while pregnant.

Kim's advice? Show off the baby bump! Kim told the model to wear stretchy fabric and not hide a thing.

She told me to go stretchy. I always wanted to be the person who showed off the bump because it looks beautiful and I think you should embrace it.

She went on to say both women were lucky to have men that saw the sexiness in pregnancy.

So looks like it's nine months of stretchy clothes for Chrissy Teigen!

You go, Chrissy. Show the world that baby bump.