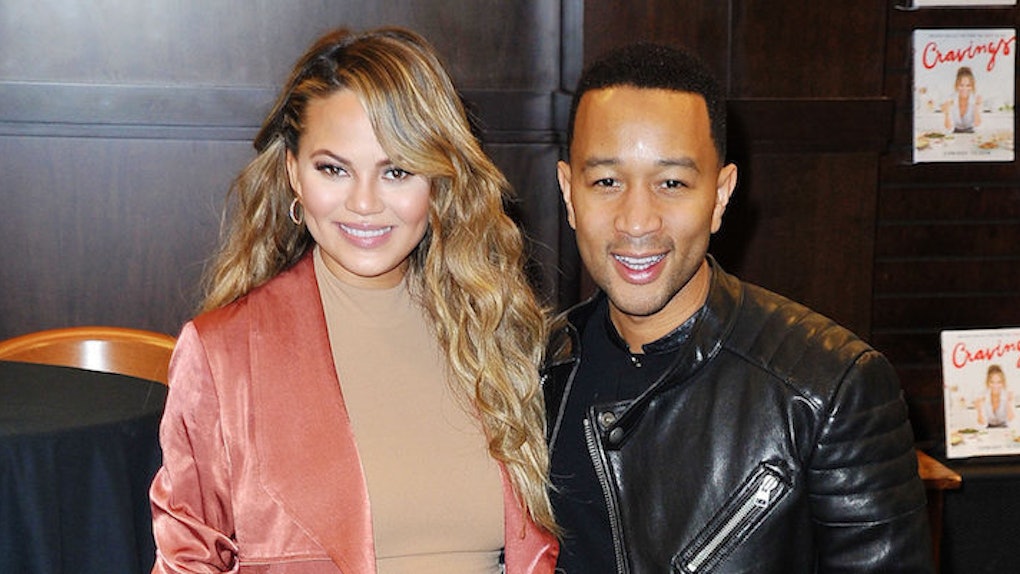 Last week on her Instagram, Chrissy shared a little piece of her promo video for the book. She also held a book signing in Los Angeles.

GREAT JOB, CHRISSY. SO PROUD OF YOU.

In a recent interview with Elle, Chrissy gave the inside scoop on her new book, her favorite snacks and best recipes.

Chrissy said she actually included a few of of John Legend's recipes in the book. When asked about which recipe is her favorite, Chrissy shared,

Well, I didn't include John's mac and cheese but I will say I have my version of his mac and cheese in it. I have a creamier version than his in the book. But, I love his fried chicken, too.

She's, like, SUPER into the fried chicken. She said she asks for it a few times a year, especially for big events like the Super Bowl or whenever she has people over.

It goes well on waffles. I mean, it's just so flexible, and it's so simple, and so easy to throw together, and so consistent. It's never ever like, 'Oh crap, this is a bad batch.' It always comes out great. It's delicious.

Once you ask Chrissy about her favorite foods, this girl can go on for hours. She also mentioned she's a big fan of John's steak marinade.

It was hard for me to come to terms with because I'm a believer in really enjoying just a beautiful piece of steak for what it is. I'm not big on changing that flavor, but if you are actually going for a different flavor of steak like, you're kind of over the salt and peppered rib eye it's such a delicious, tangy marinade that I love so much.

It sounds like Chrissy isn't the only chef in the family. Now that Chrissy is pregnant and ready to POP, I'm sure she can use an extra hand in the kitchen.

Be sure to check out Chrissy and John's favorite recipes in "Cravings," and get cookin'!