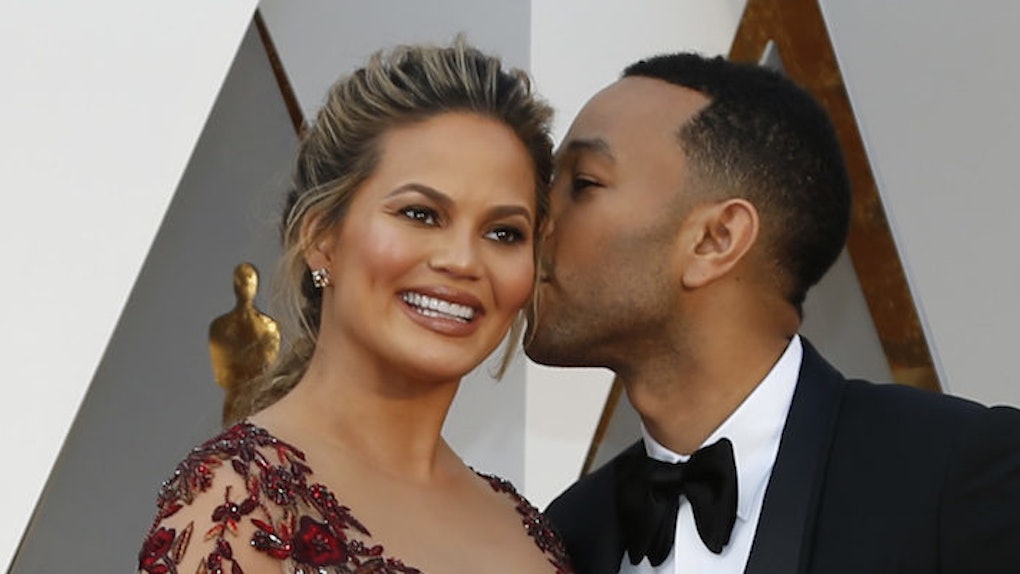 I must be getting older because I never used to care about Father's Day stuff. But now, I can't get enough of the tributes to all the dads out there.

They really must be a match made in heaven because they both thought to do the same thing for each other! Legend posted a photo of baby Luna and wrote a sweet message for Chrissy, and Chrissy posted a super cute photo and wrote a beautiful message for Legend.

Anyway, it's what Chrissy Teigen wrote for John Legend in the caption that was so touching.

Happy Father's Day to the most perfect man Luna and I could ever ask for. Since the day she was born, you've done every bottle with me, woken up with me to keep me company through every night. You don't mind diapers, get all the best burps, and read her Goodnight Moon like poetry. It makes me so happy to see so much of you in her smile and eyes that completely glow when looking at you. She will never look at anyone - anyone - the way she looks at you.

Damn, I wish anyone would say something half as beautiful as that to me, but hey, I'm not a father yet and today is just for the dads.

We love you, Johnny, endlessly, forever and ever to the Luna and back. Happy Father's Day from Luna and I, and thank you to game 7 for providing the real gift here and getting me out of having to plan and overthink the day phew

You said it, Chrissy. Thank you, Game 7 of the NBA Finals, for making this day a little bit easier to plan, but mostly, thank you to dads everywhere.