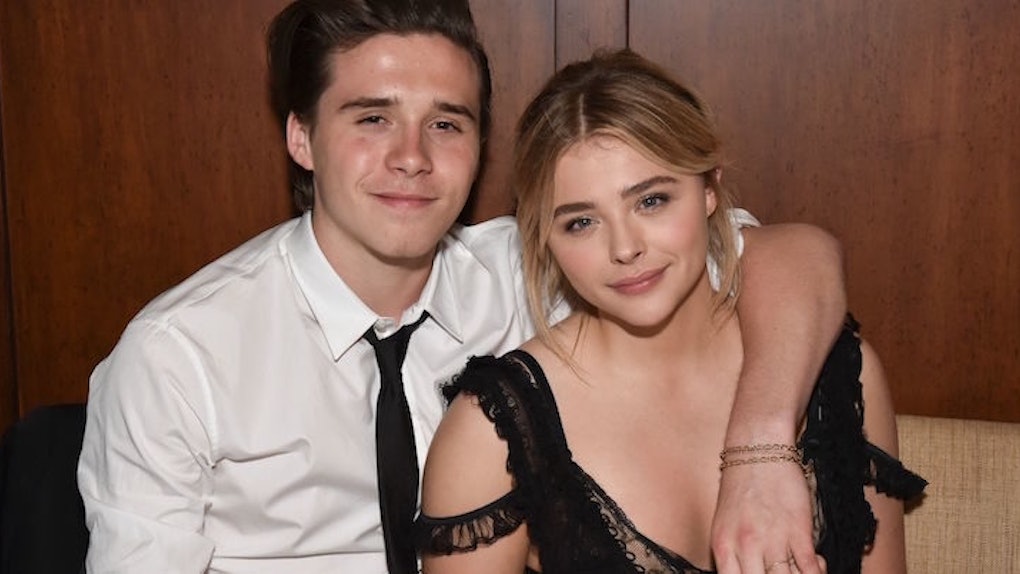 At nineteen years old, Chloe Grace Moretz is already a living legend. With three new movies coming our way, 8 million followers on Instagram and a charming wit, she's truly got it all.

She also happens to be dating Brooklyn Beckham, which is basically the cherry on top of her cool-factor sundae. In an interview with Faran Krentcil from Elle Magazine, Chloe G-Unit Moretz opened up about her support for Hillary Clinton, her love for Coach and of course gave us some juicy tidbits about her ultra-famous boyfriend.

One of our favorite Chloe quotes? Well, it's more of a chunky paragraph than a quote, but she got REAL about fake ads misleading young women. As she said to Elle,

When I signed onto the Coach ads, we were all on the same page that the hair and the makeup are things you could do in real life. I try to break barriers. I try to not post Instagrams where I Facetune my face and I wear a ton of makeup. I want to be as natural as can be. And I want to break it down for young women so they understand that you're not just "born" like this. Yes, I have had hair extensions. Yes, the reason I have this body is because I work out seven times a week. Yes, I eat really clean—even though I don't always want to, and I definitely cheat. But you're not just born with this. Sometimes you have to fight for and work for things, and be happy with who you are at the same time. And that's a really hard balance but I want to show it to young women.

Ok, ok, that's great that she's an empowering role model for young women. But what about the juicy relationship details??! Alright, folks, here it is, the moment you've all been waiting for:

My boyfriend is a huge support. I mean, don't get me wrong, I don't need a man for anything, but when I'm feeling bad about myself, he's like, "Stop. Look at what you say in interviews. Look at what you stand for. Listen to your own words, because you're as beautiful as you say you are! All young women are more beautiful than they think, you know. And I like you more in sweatpants than I do when you're on a red carpet." And it's nice to have a young man who's 17 years old be able to look at a woman that way. I think it means we're on the right track.

Turns out Brooklyn Beckham is also an empowering role model for young women! Who knew?!

Citations: Chloë Grace Moretz: "I Found a Lot of Power Within My Insecurities" (Elle)