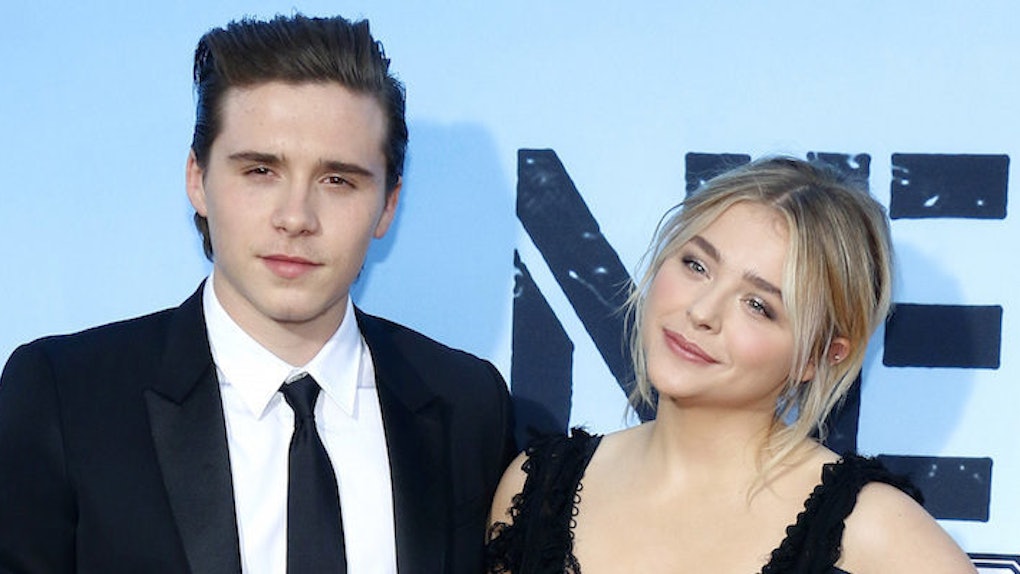 I don't know if we're legally allowed to share anything that deals with Chloë Grace Moretz and Brooklyn Beckham's relationship, as they are approximately 8-years-old, but we NEED to talk about this Instagram picture.

Ahhhh, young love. What we're all watching between Chloë and Brooklyn is something really beautiful and oddly weird to look at. It's two of Hollywood's youngest getting together and that's something really special.

Sure, everyone feels a little weird about this. It's like when your friend's younger sister starts dating and you're like "Whaaaaaat? You was a baby until last week! WHAT HAPPENED?!?!," but it doesn't mean we all can't wish them the best.

Plus, they're super cute together.

Because these are two youngsters getting together, some mistakes are bound to happen. After all, most early relationships are just figuring out how to be in a relationship. You aren't told when you're a kid, "Hey, kid. One day you're going to be romantically involved with someone who HATES every show you love and thinks that one thing you do with your teeth when you're nervous is annoying."

You learn those things.

So, take it from me, Brooklyn. Everything about this picture is wrong.

For starters, you guys are like 12-years-old. GET YOUR HAND OFF HER KNEE! I'm not asking you to leave room for Jesus or anything, but you should be leaving room for natural, unforced development.

Secondly, is that a bag of Funyuns, Brookie? You're really gonna chomp down on a bag full of the most pungent snack available right before going hog on Chloë's mouth? Have some respect! You can't just load your gullet up with onion powder and then go 'round kissin' your gal. It doesn't work like that!

RESPECTING THE STAR OF "NEIGHBORS 2" REQUIRES RESPECTING ALL OF HER -- INCLUDING HER MOUTH!