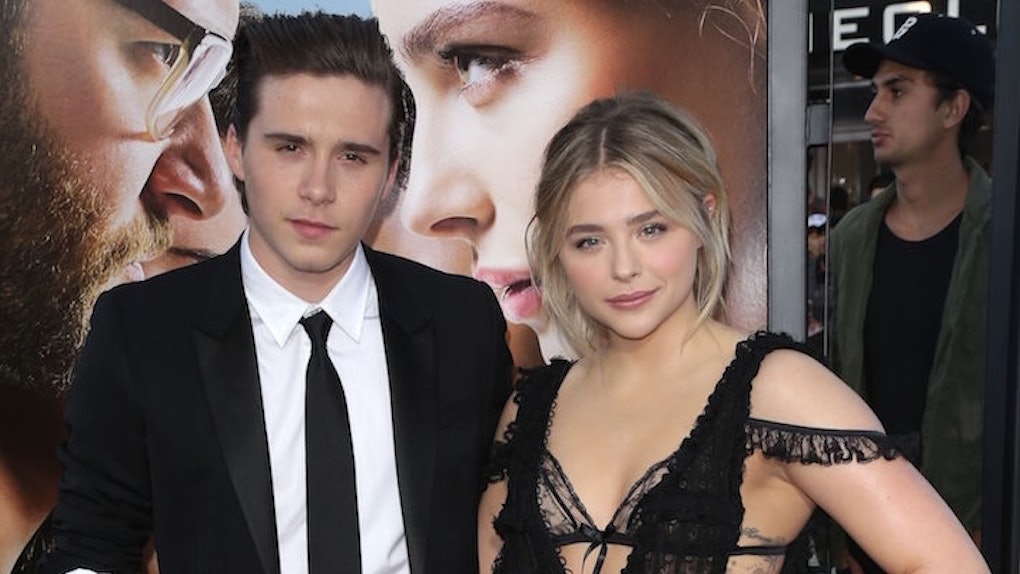 OK, granted Brooklyn and Chloë are only 17 and 19, respectively, so they probably aren't getting married any time soon, but the thought of Posh Spice and Chloë spending family vacations together gets me giddy.

Maybe it's the fact “Kick-Ass” and Posh Spice are finally teaming up for family functions, or maybe it's just Chloë could potentially be tasked with carrying on the feminist ideals that drove the Spice Girls.

All I know is their union is awesome, and this interview Chloë did about why she and Brooklyn work so well is perfection. When Chloë was asked at a Hillary Clinton fundraiser about who wears the pants in their relationship, this was her response:

He's used to powerful women in his life. His mom is a very powerful woman. He admires kinda what I stand for and he's always like, 'Go do your political thing, Chloë.'

Chloë and Victoria better get a movie deal out of this relationship. I'd pay $40,000 to watch that duo go on adventures.