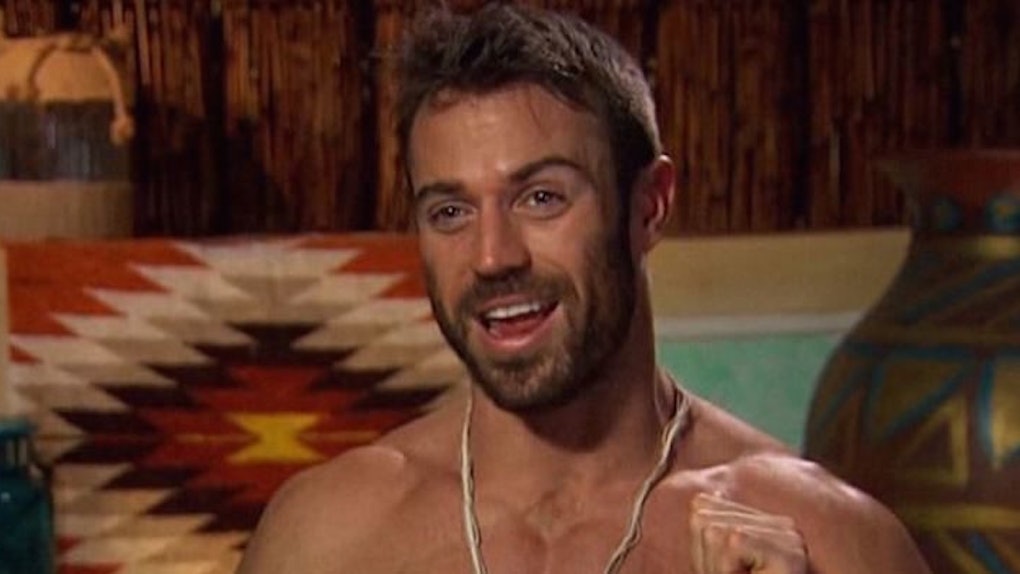 Chad Johnson Finally Apologized For His Behavior On 'Bachelor In Paradise'

Since his infamous appearance on "The Bachelorette," Chad Johnson has gained quite a lot of popularity.

The meat-lovin' villain made headlines for his questionable commentary during JoJo Fletcher's season, so the contestant signed up for "Bachelor in Paradise."

"The Bachelor" spinoff series started last week, but Chad was immediately kicked off. If you thought he was bad on "The Bachelorette," Chad was a whole lot worse during the first episode of "Bachelor in Paradise."

Chris Harrison made the call to send Chad home after his extremely inappropriate behavior. He was constantly drunk, rude and starting fights.

On top of that, he made an incredibly disrespectful comment to fellow contestant Sarah Herron, who was born with only the upper half of her left arm. She appeared on Sean Lowe's season, and Chad referred to her as a "one-armed bitch."

On Tuesday's episode of "After Paradise," Chad did give a half-assed apology, if that counts for anything. He explained,

I do want to clear it up. I obviously feel really bad. That is something she can't control. A person with a disability. That is super messed up. But what happened and what was not aired is literally, she followed me around the entire day telling me what I could and could not say.

I'm a guy with no filter. I will say the things I shouldn't say.

It seems he handles conflict by throwing terrible insults at people so they leave him alone. Yeah, that's mature!

In regard to the rest of his behavior, Chad blames it on the alcohol.

To be honest, I drank a lot.

What a guy! Way to claim responsibility for your actions. But don't worry, Chad's not doing this for the spotlight. He's just being himself! He continued,

I think this guy has had enough attention on television to last him the rest of his life. Seriously, your time is up, bad boy. Go home.