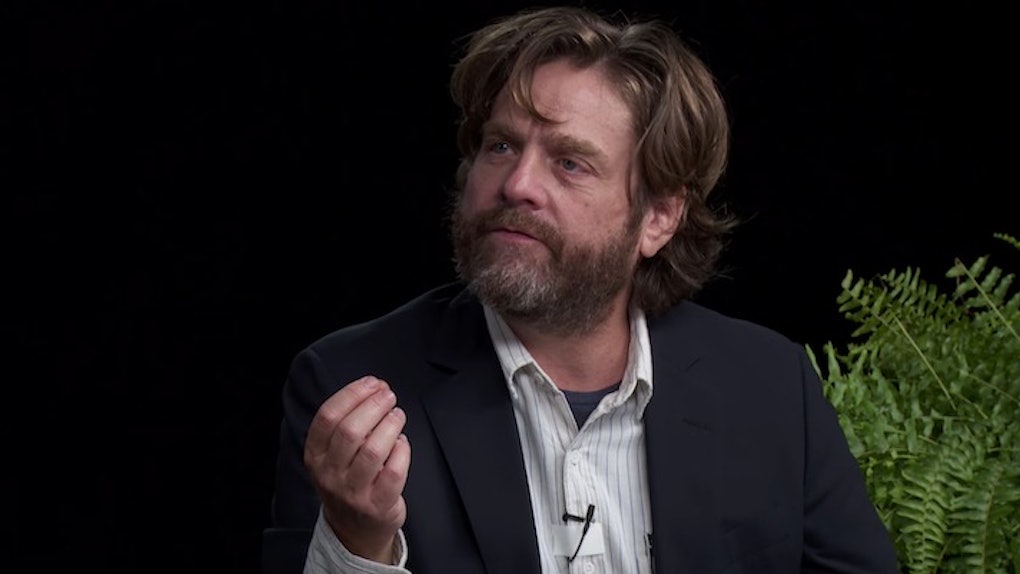 Let's just say you will NOT be seeing Donald Trump appear on Funny or Die's "Between Two Ferns" with Zach Galifianakis anytime soon.

It turns out the 46-year-old actor and comedian wants nothing to do with The Donald. But why? The news comes just days after Democratic presidential nominee Hillary Clinton appeared on the show.

While many wondered whether or not Donald Trump would be next in line for an episode of "Between Two Ferns," it is highly unlikely that it will ever happen.

Zach Galifianakis sat down for an interview with the Los Angeles Times, saying,

He's the kind of guy who likes attention – bad attention or good attention. So you're dealing with a psychosis there that's a little weird.

You do have a point, Zach -- an extremely valid one at that. The man is a certified lunatic and hasn't done anything to make us believe otherwise.

I wouldn't have somebody on that's so mentally challenged. I feel like I'd be taking advantage of him. And you can print that.

As for Hillary Clinton, her appearance on "Between Two Ferns" managed to rake in over 30 million views in just 24 hours.

According to the Hollywood Reporter, the video snagged the record for "highest first-day viewership in Funny or Die history."

After revealing his deepest thoughts on Donald Trump, Zach Galifianakis also spoke on the success of his interview with Hillary Clinton. When asked if he was confident he'd "get something funny out of her," he explained,

I'm nervous in those situations because, you know, you don't know them on a personal level. But I will say she's very personable in real life. She really is. There was a laugh or two from her – a really big laugh – that we had to edit out because it wasn't icy enough for us in a weird way for what we were doing.

In other words, things got so funny they had to tone it down a bit. With Trump, things would have probably gotten a bit tense and a little TOO real between those ferns.

If you haven't seen this comedic gold yet, treat yourself.

Citations: Why Zach Galifianakis doesn't want Donald Trump as a guest on 'Between Two Ferns' (Mashable)