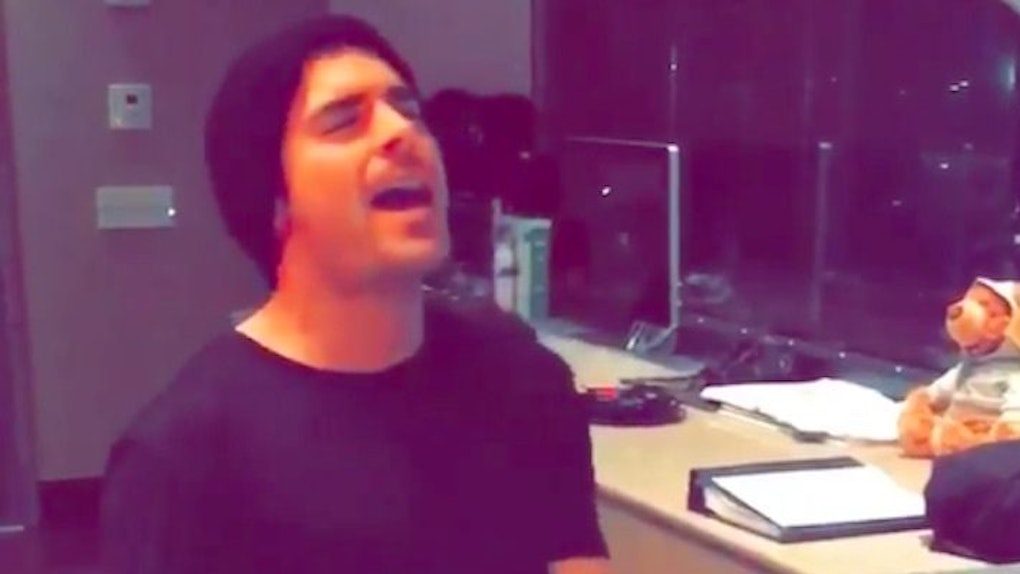 I'm sorry if I just shattered your childhood, but it's true: The editors dubbed Zefron over with Canadian singer Drew Seeley for most of the songs.

Even more fun fact: This dubbing was absolutely and completely unnecessary.

How do I know?

Because yesterday the 29-year-old actor sang an original birthday song for his bro Adam DeVine, and he sounded damn good.

OK, so Zac's not exactly Ray Charles, but it's not bad for what I'm assuming is probably improv.

(Did we know Zefron could play the piano? I did not know this. Does Vanessa Hudgens know this? Can someone let her know for me?)

Here are the lyrics, as best as I could hear them,

OK, this is low-key the most romantic gesture I've seen from Zac Efron since he got Gabriella up on stage to sing karaoke with him in that ski lodge.

For those who don't know, Adam DeVine (who turned 33 on Monday), co-starred alongside Zefron in the summer comedy film, "Mike and Dave Need Wedding Dates."

That film is all about their brotherly love, and apparently it wasn't an act.

Adam retweeted his birthday serenade saying he feels "like the prettiest girl in school."

Of course, Adam did get another present that might be slightly better than Zac Efron's best Ray Charles impression — a signed game-day basketball from the LA Clippers.

OK, Adam, but did the LA Clippers sign that ball with the same love Zac wove into every bar of his song for you?!

Did the LA Clippers make a mediocre film that made lots of money anyway with you?!