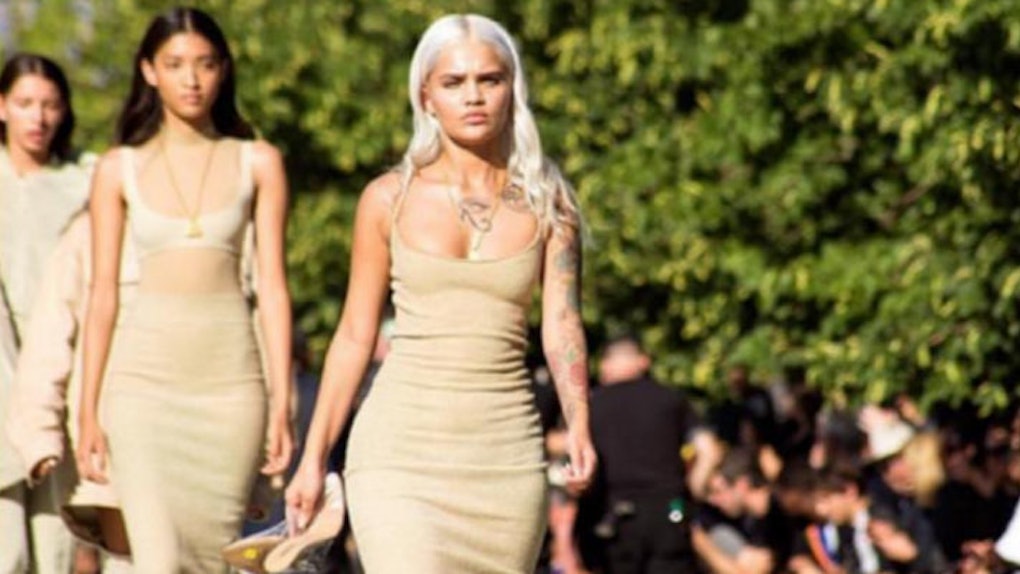 Tyga's rumored hookup, and Kanye West's muse, wants to clear the air about her seemingly dramatic actions that took place at Yeezy Season 4.

Despite models possibly fainting from the heat, it was Amina Blue who stole the headlines. The model stopped in the middle of her walk after stumbling to remove her high heels.

Finally, we now have the answers as to why she removed her shoes at the show.

While Blue said the heels were comfortable, they were made of plastic. Due to the heat and the plastic, her feet began to sweat.

She told The Cut,

And what did Kanye think of all this?!

He was pretty cool about it. Blue said,

We have a really great relationship, we're very open with each other, so he respects anything I do, as I respect anything he does.

Well, this explanation is kind of disappointment. Where's the drama?