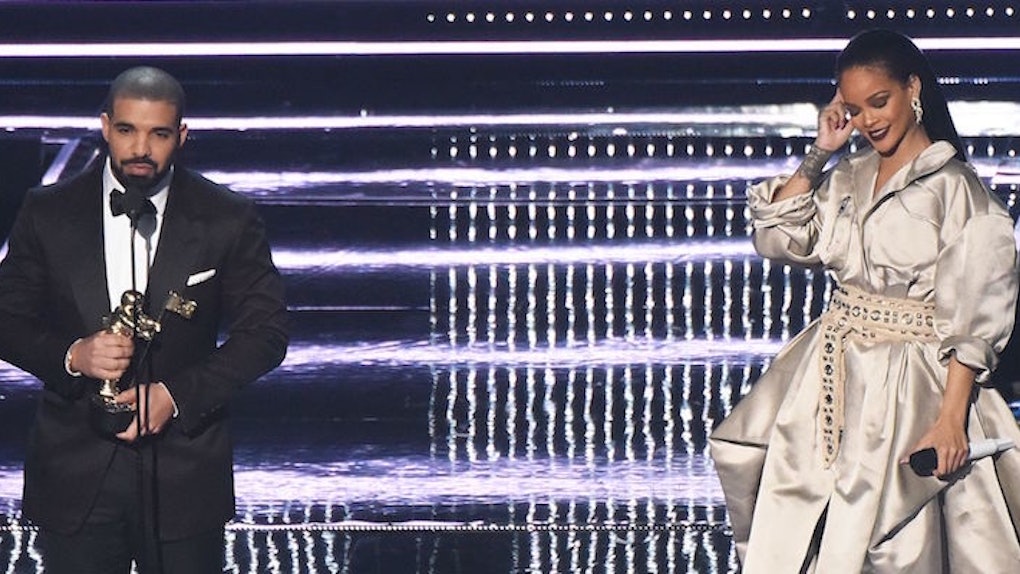 Where Is Rihanna During The 2017 VMAs? The Star Isn't In The Crowd

The on-again, off-again couple has piqued everyone's interest over the last several years. They are both attractive, talented, and kind of the dream team for each other. How else were fans supposed to feel, other than totally in love with them both? Also, there was that one time Drake professed his love for Rihanna at the 2016 VMAs, and it was pretty much the greatest moment ever.

It's a sign from the music gods, y'all. We need them to date, pronto.

Rumors started circulating about Drake and a potential new romance in June 2017, after he arrived to host the NBA Awards with NBA sideline reporter, Rosalyn “Ros” Gold-Onwude, and they looked good together. Really, really ridiculously good. But that does not mean anything. Rihanna and Drake belong together.

Let's all hope that their failure to appear at the VMAs this year means the sexy duo are off jet-setting to some super fun, exotic location and that the rumors are not true. I also really hope they update their social media accounts with pictures, 'cause mama needs proof. Even though they did not grace us with their presence this year, we still love Bad Girl RiRi and Drake. Also, there is always the 2018 VMAs. By then, maybe the pair will finally, finally come out as an official couple. We can all dream, can't we? Right? Right?