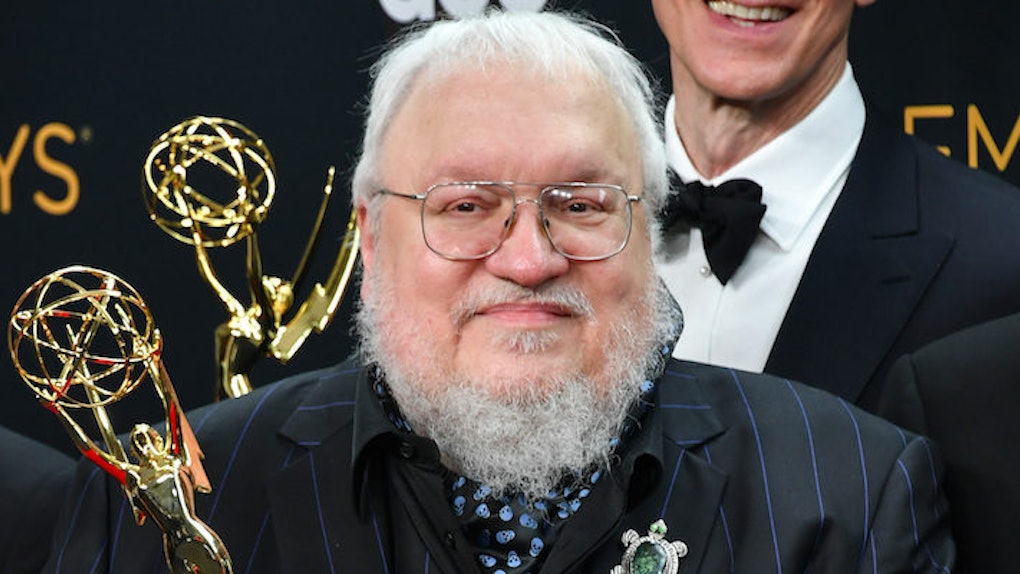 'GOT' Author On Trump: 'Winter Is Coming. I Told You So'

Election night was dark and full of terrors.

If you're a Hillary Clinton supporter like I am, Tuesday evening was the IRL emotional equivalent of the Red Wedding.

In a post titled "President Pussygrabber," "Game of Thrones" author George R.R. Martin bemoaned Hillary's defeat and offered a prophetic prediction as to what four years of a Trump presidency will mean for America. He wrote,

There are really no words for how I feel this morning. America has spoken. I really thought we were better than this. Guess not. Trump was the least qualified candidate ever nominated by a major party for the presidency. Come January, he will become the worst president in American history, and a dangerously unstable player on the world stage. And the decimated Democrats, a minority in both House and Senate, do not have the power to hinder him. Over the next four years, our problems are going to get much, much worse. Winter is coming. I told you so.

Winter is coming, and I think America just voted for the Night's King to be its Vice President. Seriously, is this a White Walker or Mike Pence?

George joins scores of celebrities who have voiced their concern, anger and disbelief over Trump's shocking win.

Miley Cyrus offered a tearful video. Jennifer Lawrence told us to let this election result "be the fire you didn't have before."

Wait, fire? My god, fire is what defeats White Walkers. So, what J-Law is really saying is we should find a trio of dragons and fly our way to Washington, DC (our King's Landing)?

I think I'm onto something big here folks, but I think it technically counts as a spoiler for the next season of "Game of Thrones," so I'll keep as quiet as Ilyn Payne.